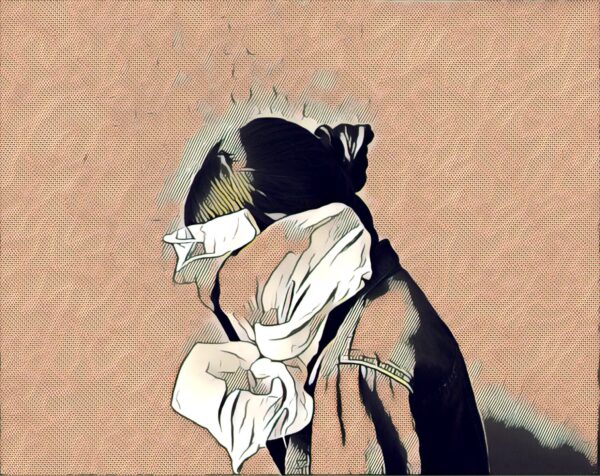 Quest for Peace during Menstruation

As a young girl of seven my mother told me that menstruation is a curse from god. In shock and horror I pondered this blight against all the girls and women of my small, rural and underprivileged neighbourhood. I kept thinking, because of this menstrual taboo, that women and girls were criminal, including myself. I saw menstrual stigma and restrictions around me almost every day of the month. These related to who you could touch, what you could eat, where and how you could travel and what you could participate in, and were enforced regardless of caste, class, religion and region. Over time I counted more than two dozen restrictions.

The more I started to imagine my life as an older girl and woman the more traumatised I became. I cried, prayed and spent many sleepless nights feeling dismissed just because I was born a girl. I prayed for a rebirth as a pure, privileged boy. Eventually, at the age of nine, I ran away from home and considered the path to rebirth as a boy through suicide.

Back at home, while there was no outer violence in my family or community, I was not at peace and this issue of girls and women being `impure’ and ‘lower status’ constantly distressed me. For instance, we were not allowed to speak loudly, or walk fast, or eat before the male family members, or to play, or go out. As I got older I started to argue with my family about the menstrual taboos and my mental health suffered further. I felt my courage, energy, and dreams withering under their weight and I promised myself I would fight against these rules, although I didn’t yet know how.

My period came at the age of 14 when I was on my way home from school. I ran away and stayed with my sister for five days. I didn’t let my parents know because it’s mandatory to live separately for at least 15 days of the first period, which terrified me. While I was at my sister’s I had nightmares and worried about the consequences to me and my family for breaking the menstrual rules. I felt like I was living with a ticking time bomb. Not being able to hide this potent information any longer I told my parents, and so the battles over menstrual restrictions began and I felt my status drop to less than that of domestic animals.

After secondary school I was fortunate to be admitted to nursing college where I learnt about the true nature and importance of menstruation.

Later on I was leading a project about women’s empowerment where peace building was a key aspect. I studied the United Nation Security Council Resolution (UNSCR 1325), approved 20 years before, in which women’s participation, prevention of all forms of violence against women, protection from sexual violence and women as beneficiaries to post recovery support are key pillars. Sadly, none of these address the very real violence perpetrated on women across the globe that result from the menstrual taboo. These are patently a form of sexual and gender-based violence, representing a lack of sexual and reproductive health rights, to the detriment of the wellbeing and agency of girls, women, transmen and queer folks struggling every day with taboos around menstruation.

The humanitarian organisation Raptim documented 22 NGOs which are working for peace, as well as more than 500 other organisations working for women, peace and security around the world. None of these mentioned or addressed the serious issues of the rules surrounding menstrual taboos. As evidence of the invisibility of menstruation, and the great and many harms done to women and girls because of it, the imperative for me to do something became more and more insistent.

For me each menstruator deserves to live without any form of abuse, discrimination or violence associated with this natural, healthy and essential function of her body.

Of course there is much work to do in many quarters, and while recognising that the task of overturning all the malevolent manifestations of the menstrual taboo, for instance the dangerous practice of chhaupadi in some parts of western Nepal, we are pleased to take a moment to enjoy the achievement of Dignified Menstruation Day and the shift in awareness that it represents.

Radha Paudel, is a nurse, author, educator and activist. She is a pioneer of dignity during menstruation who has challenged menstrual discrimination since childhood. She is the Founder of the Global South Coalition for Dignified Menstruation. Radha has received national and international awards for her work and books.