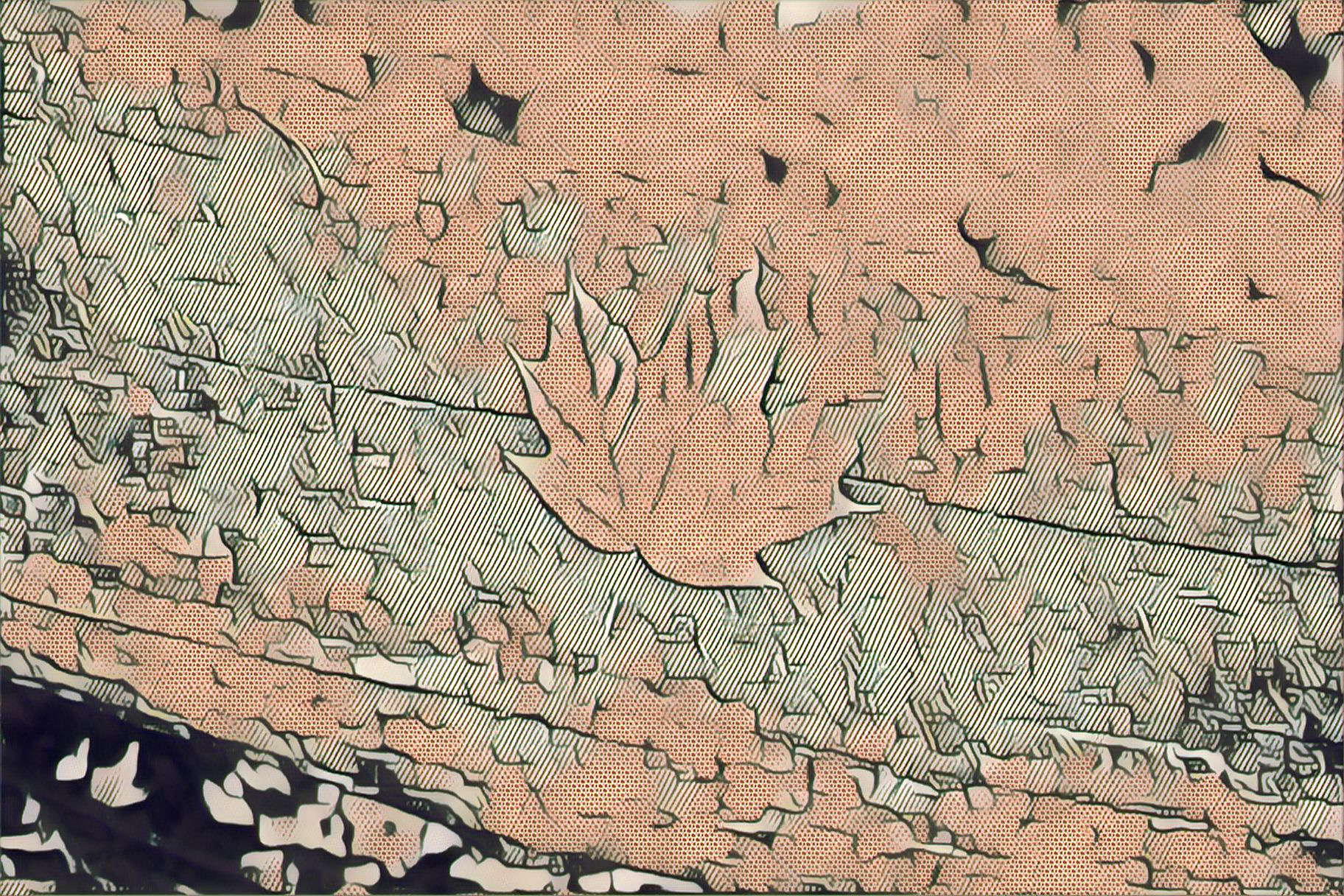 This week on The Leak we are excited to feature this reflective piece by Charlotte Young on her current occupation of the “inbetween” between her Spring and her Autumn life cycles. Charlotte has recently started a project midlife pleasure & power for midlife/40+ women.

At fifty two, I’m very much at the end of my menopause transition. Still ‘peri’ rather than fully ‘meno’ but a lot steadier these days than I was eight years ago, when I wrote the following…

At forty six, I’m still bleeding regularly but I’m on the road to menopause: a peri-menopausal woman—in transition—chemically driven, often in a haze. I’m headed west, to my queen phase, my autumn. But I ain’t there yet! It’s like I’ve got one foot still firmly in the camp of motherhood and the other is in the air, not yet planted. Occasionally there’s a touchdown in the next camp but soon my foot is airborne again and I’m wobbling, balancing, grieving that I’m on the move, unable to place two feet ever again in the camp of Mother.

I have loved being a mother. I’ll always be a mother. And so will every woman who lives long enough to pass through this phase, regardless of whether they have children or not. It’s not about children, it’s about creating and nurturing our creations. Children just happen to be the natural, most obvious physical representation of this time. One of the things I’ve loved—and hated as much—is the learning to surrender. The quashing lesson of emptying my old self out over and over, contracting down to nothing—through tears and breast milk and exhaustion—to be reborn into the empire of the heart. Pure expansion. Summer.

And I am leaving. Shuffling forward. Tiny steps really. Sometimes stepping back. But not for long. The life cycles are like a wheel that we step around with four distinct camps: Spring/Maiden at the east spoke, Summer/Mother in the north and onto Autumn/Queen in the west and Winter/Elder in the south. At times, I like to think there’s just one giant step between each camp, other times it’s like there are deserts and mountains and oceans between them. And cities and slums!

Looking back, it took years to let go of my maiden and welcome in my mother self. So it’s not surprising that a similar transition is upon me now, years between two places. The in-between times and the stepping and swimming through them is as much a ‘place’ as any. Thank goodness for Changing Woman, she who knows how to balance and wobble and dust herself off when she falls. I didn’t know her when I was younger but I have her with me now, for this next turn of the wheel.

“Do I become a woman when I start my period?’ asks a sweet faced ten year old, sitting in circle for the first time. ‘It’s just the beginning,’ I reply. Do I become a mother when I birth my babies? Do I become an autumn queen when my bleeding ceases? When do I become an elder and what’s the learning there? Camp tests! Each camp has one.

If the lesson of mother is surrender, for my maiden it was identity. That intense struggle to know who I was, and how I could fit into the world was a head fuck (apologies for swearing, but really that’s what it was) fuelled by hormones and emotions I didn’t understand or know what to do with so I pushed them down and hid them and let them out with blood. My blood. It released the pressure, to see the crimson streams moving out of me. There was so much moving in me. I just needed some release. Then I could see how I could fit.

Oh, for a wise woman to have told me I could have used my menstrual blood instead! As the birth of my womb came to be, to have known the wisdom of the cycles would have served me greatly. These days I cherish the monthly cleansing my body offers. Pouring my blood back into the earth, letting ‘out’ all that does not serve, is a far gentler release.

My transition towards Mother—one foot in Maiden the other in the air—when I dared to open to another, baring my body and my heart was an easier one although there was lots of high-tailing it out of there too! Some merry jigging pirouettes between head and heart.

There are so many parallels between the transitions, from spring to summer and summer to autumn, it’s astonishing. The biggest delight though is that my spring self is with me this time, as I transition again, whispering, ‘I have been here before’. The chemicals swirling out of kilter, the sleeplessness, the mood swings. The confusion and overwhelm. The womb space—then it was the beginning of my cycling womb, less conscious, years of learning to breathe and move with ovulation and blood. Now the days are numbered, more conscious, a death of sorts is drawing near. Then there’s the head stuff again! How the spiking, dipping hormones affect brain activity so I can literally feel quite mad. “I’ve never felt madder,” a friend laughs. “Or more powerful,” she adds seriously.

There’s certainly a fiery, fierce side that’s emerging. Also an intense desire for stillness and solitude. Introspection. Once upon a time my maiden was all eyes, looking out at the world, working out how to fit. My summer self was busy, busy, busy. This autumn self is inviting me to work out how the world fits in me. Which pieces do I want? Which will I leave? Which will I rail against? Which will I serve?

And then there’s my heart. From summer to autumn. I had no idea but a light coating of frost had started to grow over it. I didn’t know the tiny ice shards were there until they had melted. It took being with the earth and a dear friend to stop feeling numb and thaw out. I had lost touch with my heart! I can explain it away as just what was happening at the time but it was more than that. It was to do with being in the void. Stepping between two camps, a Lammas of the heart, I suppose. Starting the descent. The first letting go. I’m starting to walk down the other side of the mountain and I have to let things go. I just didn’t know that occasionally I would feel stiff and numb and frosty. Or that I’d be shocked: the thing I have taken the most joy in is no longer a sure thing. Sometimes, just sometimes, I don’t want to nurture or create—far from it—I want to run away!

The choice is to be with it, move with it, or be brittle and fixed and grasp, trying to stay the same.

I was assured to hear that my friend’s heart also sometimes grew a little frosty. For a while. It’s just a phase. Maybe it has passed for me. Right now, there’s no chill, just a gentle, tender grief: another letting go as I witness the unlived possibilities moving about like ghosts, offering a second consciousness.

Underneath all that’s moving in me, there’s a deep gratitude. When I can just ‘be’ in the haze, I give thanks for the stillness, the time to notice and reflect and the privilege of doing just that. I am grateful too for the time and essence of truly ‘being’ with my children. And for my friends who thaw my heart. And finally, for the opportunity to hang out with my maiden a bit more. I hardly saw her when I was busy in the camp of Mother. But here she is again. Spirited, wild and a little less wounded. Here to walk with me. 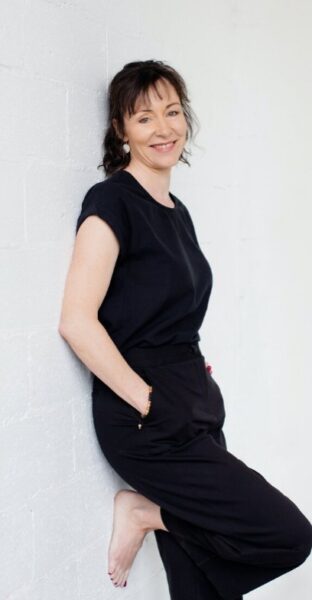 Charlotte Young is a Melbourne based writer, women’s cycles educator and transformational coach, empowering women to be at home in their bodies, minds and hearts. She offers education workshops to girls (menstrual education) and women (perimenopause education), 1:1 coaching, group coaching and mentoring programs with a focus on the body mind connection. Charlotte has a background in teaching, publishing, dance and birth work. Charlotte is a Celebration Day for Girls facilitator and the co-founder of Midlife Pleasure & Power.