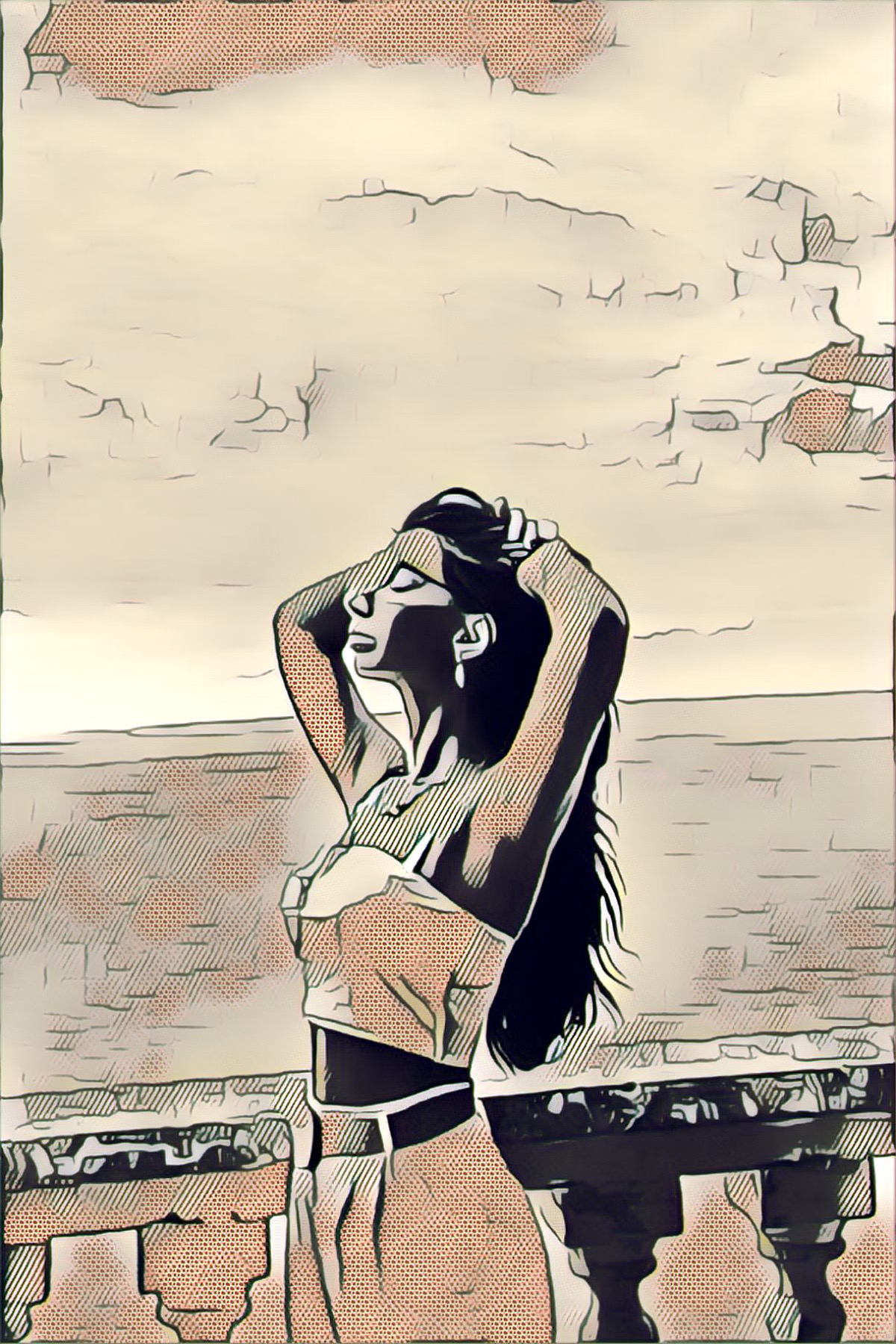 Last time on The Leak we heard about Elissa’s early experience of her period and going on birth control as advised by her GP and this week we hear why Elissa thinks this paradigm needs to change. (You can read Part I of Elissa’s piece here.)

But wait a minute…

How, in this moment, did three intelligent women, my mom, my GP, and I, all sit in a room and agree that, yes this is the best course of action, the pill will regulate her periods, nothing else to see here, have a lovely day!

In a world where medical professionals and people with uteruses have a holistic understanding of how the menstrual cycle works, what could this interaction have looked like?

To start, my doctor would have told me that unfortunately the pill would not be “regulating” my period. She would have explained how the hormonal contraceptive pill works in the body by explaining that the drug contains synthetic versions of estrogen and progesterone which stop the real hormones from being released, thus suppressing ovulation in the body all together; no egg released = no pregnancy. Then, each month, when you stop taking the pill for a few days, the drop in the synthetic hormones cause a “withdraw bleed” where the lining of the uterus sheds. Nothing is being regulated, because that would imply that the elements of the menstrual cycle were being brought back into balance, but in fact, the main elements of the cycle are being majorly interrupted. She would have warned me that whatever was causing the irregularity and heaviness of my periods (spoiler alert, endometriosis) would return when I stopped taking the pill. She also would have gone through the possible side-effects of the pill, not only the rare blood clots, but, depression, anxiety, vaginal dryness, weight gain etc.

The thing that makes me sad is, that at this point, even if she had said, “the pill works by suppressing ovulation, there for, it won’t actually be regulating your cycle,” I would not have known exactly what ovulation meant (other than a mental image of an egg and babies). I also did not understand that when we say “cycle” we are referring to the full amount of time between the start of a bleed and the next one, and that there are important stages of a menstrual cycle, that may or may not be happening. I did not know that the components of a cycle are really important not just for if or when you’re ready to have a baby, but as an important aspect of your overall health.

But, at 15 I was learning cell biology, reading Shakespeare, and doing algebra, not well I might add, BUT, society, the provincial curriculum, and the adults in my life, expected me to be able to learn these things.

At 15 I was smart enough to understand the fundamental functions of my own body. In fact, I would have been SO fascinated to learn about the signs that I now know to look for that let me know exactly when my period is coming, even with irregular cycles.

If the information from my GP had gone more like this,

“There are a variety of reasons your period is irregular, the first being you are still a young teen, and your body and hormones are still developing, your period could become more regular with time. Other possibilities are things like endometriosis and PCOS etc. (insert brief description of these chronic diseases in a non-scary way).  Now, the pill will not regulate your menstrual cycle, although it will allow you to predict when you are going to bleed. However, when you decide to stop taking the pill, this underlying issue that is causing your irregular periods will likely still be there. So, if your only concern at this stage is irregular bleeding, and not contraception, I am going to refer you to a specialist who will be able to help you investigate this further and check for some of those more serious issues. If you do decide to go on the pill, make another appointment and we can go through the potential risks and side-effects.”

Now, you may also be thinking, well at least you were already prepared with hormonal contraception for when you needed it. However, the problem then became that I never fully trusted the pill’s ability to prevent pregnancy because I never got the full run-down of how it worked for its actual purpose, contraception. Wrap that up nicely with zero sexual health education from the Catholic school board, and you have an anxious teen, constantly fretting about pregnancy, despite being on the birth control pill, that over time is making her increasingly anxious and depressed at an age and stage when shame around sex and periods was much too potent to be calling mum in for a bed-time Q&A.

Those feelings of anxiety and depression eventually brought me back to my GP, scoring my dark thoughts on a scale of 1-10 wondering what was wrong with me. Adolescence is a challenging time for many, and there were multiple factors at play, however, after receiving some talking therapy support from a psychologist, I tried two additional types of hormonal pills, neither made a difference, one made it a lot worse, but no one ever suggested the possibility of stopping hormonal birth control altogether. The possibility of a young woman in her late teens/early twenties not having some sort of hormonal contraceptive in her system seemed to be a dangerous idea to everyone around me.

However, after trying multiple different pills, and a Mirena IUD (which fell out of place), and increasingly poor mental health, I made the decision to “take a break” from hormonal birth control altogether. As soon as the Mirena IUD was removed, my mental health improved tremendously, and this was not a shift I was expecting. A veil had lifted, and I wondered why I had to fight so many people’s opinions to get to this point?

At the time, I think I was the only person in my friend group that was not on some form of hormonal contraceptive. I really feel that the intense fear around unplanned pregnancy menstruating people experience could be partly mitigated by a stronger understanding of the menstrual cycle. The fact that shook my world, that I did not learn until I was 24, is that one cannot get pregnant on every day of their cycle.

At 22 I was reacquainting myself with my cycle. She was very irregular, but when she did show up, she’d last for 10-14 days at a time. Slowly, I began having intense pain at the beginning of my periods. One incident had me curled in a ball on the side of the road, mid-run, while I was travelling, wondering how I would get back to my accommodation. This must be what some of my friends who missed school every month all those years were experiencing, its normal, I thought, I’ve just been lucky all this time.

Then, fast forward a year or so later and I am starting my first teaching job in Australia, in a new state, in a new town, on the other side of the world from my family in Canada. It was the most challenging experience I had gone through in my privileged life. I began experiencing pain with sex, and then bleeding after sex. This was finally the red flag I needed to go to the doctor.

After running the routine tests and checks, which came back normal, the word endometriosis was mentioned to me for the very first time. I had never heard of it before. I was told it was very common, nothing to worry about, and was sent home with a referral and brochure about Endo and PCOS, which they had also thrown in the mix from an internal ultrasound result (which by the way, turned out not to be PCOS, I was just unable to tell them where I was in my cycle, so my ovaries had multiple follicles on them because I was close to ovulation).

Reading this brochure, the words; infertility, chronic inflammatory disease, and abdominal surgery, stuck out as I skimmed the pamphlet in the parking lot. None of this sounded “very common”. Something inside me said, “I always knew something wasn’t right”. I’ve since learned that Endometriosis is common, 1 in 10 women live with it, however, there is a difference between common and normal, or, acceptable.

I remember confiding in my mentor teacher at school that I had my procedure scheduled on a Wednesday in the middle of term, that way I would only have to miss a couple days of school and have the weekend to recover. “Oh love…” she said, “I would reschedule that until the school holidays, you’ll need at least a week to recover, and then more time to mentally process whatever results they have to tell you.” Sound advice but also, what would they have to tell me??

The outrage started to bubble inside me, the internal dialogue went something like, so you mean I’ve gone from taking a drug my whole teen and adult life to prevent pregnancy, to suddenly panicking about my fertility at 23 and preparing for a surgery to diagnose a disease that has been impacting my cycle all along, which I was concerned and asking questions about at 15!?

I had the laparoscopic surgery and was diagnosed with stage 1 (least severe) endometriosis and had a large ovarian cyst removed.

Lying in bed, bleeding and sore after my surgery, I listened to an audio book called, Ask me About My Uterus by Abby Norman, a harrowing tale about her journey with severe endometriosis and the history (herstory) of the gaslighting of women’s pain and health concerns. This book lit a fire in my angry, inflamed uterus to learn more. From then, I began devouring information about the menstrual cycle and fertility. And while I found myself regularly exclaiming, “wtf, how did I not know that!?”, I also felt excited with this new knowledge which felt like a bit of a secret superpower. But, why did it have to be secret?

It’s been 4 years now, and I have learned so much about my menstrual cycle. I have even come to genuinely appreciate her (roughly) monthly report on my physical and mental health. I have learned the Fertility Awareness Method (FAM) as a form of birth control, which, in conjunction with other non-hormonal contraception, I have come to trust much more than I ever did the pill or IUD. In 2021 I completed my facilitator training with Chalice Foundation’s Celebration Day for Girls™, an educational program for future menstruators and their mums/carers all about positive period preparation.

I firmly believe that all menstruating people should have free access to all forms of birth control. I just wish we had a stronger understanding of our cycles first, so we could be informed and empowered to choose from the variety of options that are out there, and to identify when a certain type of contraceptive is or is not working for us and our bodies. Comprehensive menstrual education is a crucial step to informed consent concerning birth control choice and health choices throughout one’s life.

Elissa is a high school teacher and Celebration Day for Girls facilitator. She’s originally from Canada where she studied Environmental Sustainability and International Development and has since lived and worked across Australia, and currently in Vienna, Austria. Elissa’s own experience with endometriosis has inspired her to advocate for better menstrual health education close to home and around the world.