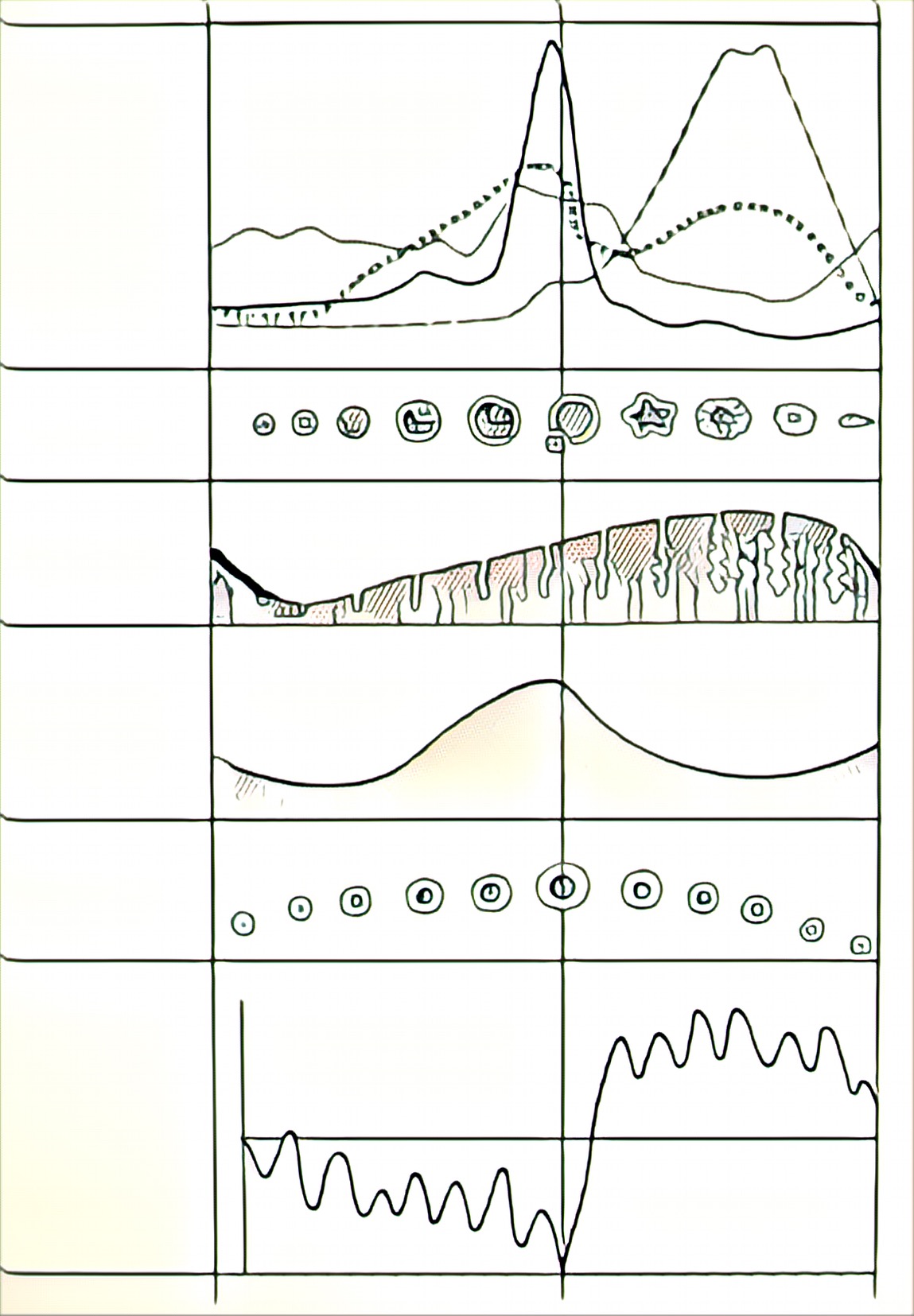 Fertility awareness: learning to read the signs of fertility

We have published several blogs on The Leak that have mentioned fertility awareness (including this interview with Jane), so Chalice Foundation Founder Jane Bennett has written this explainer, including her own discovery and use of the method, for those who would like to know more.

I first bumped into fertility awareness methods through Francesca Naish, who in the mid-70s pioneered the combination of mucus, temperature and other signs of fertility with research on spontaneous ovulation. This sounded fascinating and being rather underwhelmed by the contraceptive options on offer, and with the support of a new boyfriend, I made an appointment with Francesca. We left with charts, roneoed sheets and a cassette tape, and the feeling of being on an exciting new adventure.

Fertility awareness is an understanding of the processes and changing observable signs of fertility, female in particular, the awareness of which is often used to avoid, or achieve, conception. There are two other important uses.

The first is therapeutic. If a woman has suffered health issues connected with her cycle, or at least exacerbated by her cycle, then an intimate awareness of her cyclic changes can give important clues as to therapeutic efficacy and progress. Women often report that the practice of fertility awareness itself has contributed to their improved wellbeing.

The second is for personal growth. The practice of fertility awareness, naturally and systematically deepens a woman’s understanding of what is happening for her cyclically, and therefore all the ways this impacts and informs her life.

In reality for many who practice fertility awareness all of these uses tend to combine, becoming more or less important at different stages of their fertile life. Taqdir Kaur refers to how fertility awareness impacted her life in her interview with us.

The great secret of these methods is that, once learnt, they become more or less automatic and there is very little ‘to do’. The learning process may be revisited from time to time but otherwise the understanding gained becomes something a woman just intuitively knows about herself.

It’s been 12 months now since I began charting my cycle, and it’s been a real voyage of discovery about myself. A very strange, but exhilarating, experience, those first few months were: unlocking a secret code that I’d carried inside of me for 20 years. My cycle turned out to be such a regular, straightforward one that I was amazed that it hadn’t always been obvious to me. Finding out where my ovulation regularly fell in my cycle explained such a lot about how I felt – my highs and lows and madnesses – and when. I couldn’t believe that – couldn’t understand why – my cycle had been a mystery to me for so long.
– Marianne

What are the fertility awareness methods?

The most obvious and unmistakable sign of the fertility cycle is the arrival of a period every month. In addition women can learn to recognise numerous other signs that give important information about their cycles.

Mucus, the product of the mucous membranes of the cervix, changes significantly in texture, colour and quantity during the menstrual cycle. This mucus is rich in antiseptic enzymes, immunoglobulins, inorganic salts, proteins, glycoproteins and water. However, the observable features will vary somewhat from girl to girl and woman to woman, and it is useful for an individual to get to know her own pattern.

To check your mucus gently collect some on your middle or pointer finger at the opening of your vagina before you urinate. Lightly touch your finger and thumb together and notice the texture of the mucus. How would you describe this to yourself?

While testing oestrogen levels to detect ovulation at Edinburgh University Professor John Brown found ‘women’s own awareness of their cervical mucus could indicate ovulation even more accurately than direct measurement of oestrogen.’

The Temperature Method relies on the fact that a woman’s temperature is higher after ovulation by several tenths of a degree. This is due to raised progesterone levels released by the temporary endocrine gland, the corpus luteum, formed from the follicle that housed the egg before ovulation.

A woman using this method will take her temperature at about the same time each day – upon waking is standard – and as she does so adding her observations to a chart, as the days pass she will start to see the pattern of her own cycle emerging.  Most commonly this will be a chart with two temperature phases, one phase before ovulation and a phase of higher temperature after. If pregnancy takes place the chart becomes tri-phasic and the temperature goes up even further once the endometrium registers the presence of a zygote. For many women this is the first discernible proof of pregnancy as Freya talked about in her interview with us.

A chart that shows no significant shift in temperature, other than small daily variations, indicates an anovulatory cycle, that is one where there are sufficient hormones for the cycle to end in a bleed, but in which no ovulation has taken place. This is quite common, especially early and late in a woman’s cycling career.

There are numerous other observable signs of fertility, like position and texture of the cervix, relative swelling of the vulva and alternate swelling of the inguinal lymph nodes at ovulation (found deep in the crease where the thigh and trunk meet), indicating whether it was the left or right ovary which ovulated, which all going well, should alternate. Individual observations of energy levels, food cravings, mood, breast and abdominal pain, libido, bowel, headache, for instance, also help create a highly individual picture of a woman’s cycle, along with hints of where there is imbalance and where support can help.

I have been using fertility awareness for over a year now very successfully, and I may add, with much pleasure. I have learnt to understand and enjoy all aspects of my cycle. I feel more in touch with my body, more confident and empowered around my sexuality and fertility as I know exactly when I can conceive and when I can’t.  This knowledge really does feel like a special female super power.
– Gabbie

Back in the mid-80s as I began to chart my temperature, mucus and other signs day by day it was as if a veil lifted and I could see clearly a fundamental, but previously hidden, part of myself. Why hadn’t anyone told me before? This would have been so useful, so empowering especially during the early years of my fertile life. Not for contraception then but to understand and look after myself better and with less to be embarrassed about, as I bumped along my adolescent journey.

Even when my cycle became very erratic in peri-menopause, with bleeds months apart, I was still able to notice clearly the quality and quantity of mucus that told me I was approaching ovulation, and could predict a period two weeks later. I was thrilled when Bingo! the proof arrived and I knew this method was still working perfectly for me.

For more on the use of fertility awareness methods and effectiveness rates for conception and contraception go here. Note that these methods are presented here through a secular, feminist and natural health based lens.

Also see About Bloody Time  for more on fertility awareness as a key life skill, the historic and cultural knowledge of these methods and their importance as a component of gender equity.