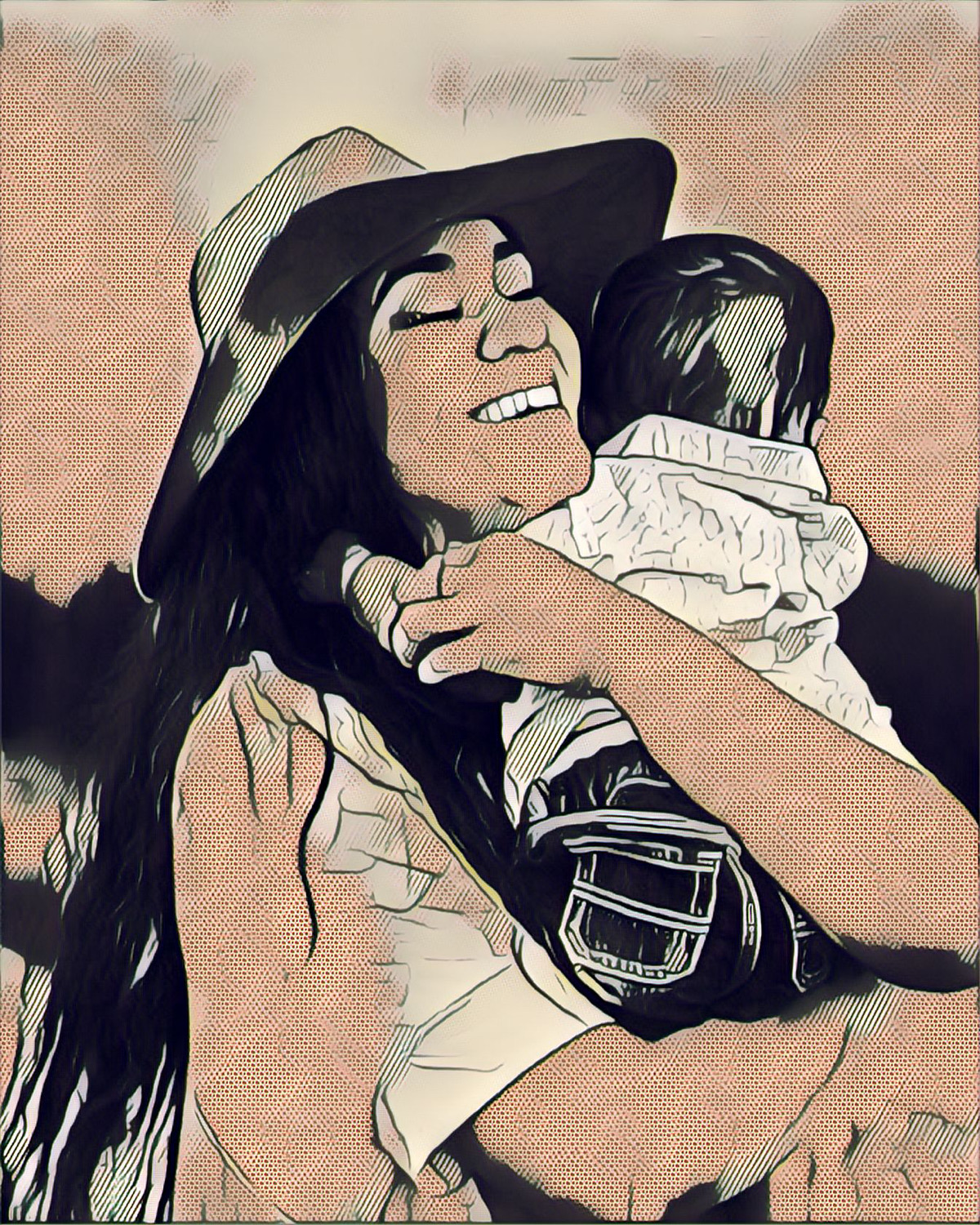 Casimira Melican: How did you bring your menstrual awareness into your creative practice?

Lucy Peach: So menstrual cycles and knowing my cycle is something I discovered at around 28, I read a book called The Optimised Woman by Miranda Gray and that’s what got me started and she calls the premenstrual phase “the creative phase” and as a songwriter I thought “this is bloody great!” Instead of hating on myself for a week, I can actually use this to be more creative and more productive. And for a year or two I started writing songs when I was premenstrual, then put all of those songs out as an EP and that’s when I won the WAM Award for FOLK ACT OF THE YEAR back in 2016.

Even then, when I was doing press releases and how I wrote the songs people were like, “yeeeah, okay that’s cool but can we just talk about the songs?”. No-one was really ready to have that conversation. I was actually then making a music video for one of the EP songs, and the there was a clown who used to be in Cirque du Soleil and he was waiting for me to get ready and I was putting on my make-up and I said, “Oh which colour lipstick, oh, I’m in my post-ovulatory phase, I’m gonna wear pink.” And he said, “What? What is this phase?” And I gave him a little synopsis and he said, “you need to make a show about this.” And I thought “ok, I’ll just make a show, it’ll just be like a sex ed session but I’ll put songs in and it’ll just be a fun little thing.”

I didn’t really think it would be this huge deal, and that was the start of 2017 when I did my show My Greatest Period Ever, and it kind of took off and I felt like it was bigger than me and my little period fascination, something was really happening and it’s been such a joy and a delight and just the greatest 5 years of my life to just feel this kind of unfurling, which I’m just a tiny part of but its just so exciting really lifting the lid on this idea of shame and stigma. And I want us to be done with the shame and stigma and just get to the fun stuff and acknowledge that this is a whole system of four seasons that we’re coded for (which is what they say in Wild Power) is coded for power. It’s just so obvious to me that you would use this knowledge and that it would be part of who you are and how you live but when operating from a default male setting, which we’re all doing, then you’re made to feel like you’re too much or you’re not enough and you have to shave the edges off yourself to be pushed into this narrow man box. Time to come out ladies!

CM: Here, here! Tell us about your book Period Queen and also the podcast by the same name, why did you choose both platforms and what did you want to achieve with the book and podcast?

LP: The podcast was what I did because I couldn’t do a book tour because of COVID-19. It was meant to be a kind of listening companion to the book and was another great little piece of the puzzle with four women on their experiences with particular parts of the cycle. So I spoke with Constance Hall about the “dream phase” of when you have your period and she has six kids and manages to do self-care with just an empire and so many children. And I spoke with Danielle Carolina aka Mama Kin on the “do” phase, being pre-ovulatory and how she kind of really felt like that part of herself took over her whole life because that’s the most “masculine” part of the cycle when you are “on” and just “go, go,go!” and you’re quite sort of driven and focused and that we’re not really rewarded for that part of ourselves where you’re a machine and she’s really tried to make that part more playful and less focused on “Produce! Produce! Produce!” and trying to find out what else she can get out of it. Then I spoke to Claire Baker about the joys of ovulatory hormones and how that can make you feel. She’s a menstrual coach based in Sydney. Then spoke to Clementine Ford about being premenstrual and about channelling that premenstrual energy. And then I used the podcast to release songs I’d written and recorded for the cycle. I journaled for over a year of how I felt at different points in the cycle and I recorded those songs with my guitarist and made a loop of songs that you can listen to called Blood Magic. So I’m kind of knocking on people’s doors with a book, a podcast, there are songs! I’m wanting to just make this mainstream.

CM: What’s coming up next for you?

LP: I’m working on an online course with a private girl’s school in WA about understanding your menstrual cycle and the four phases for Year 7-9 girls. It’s exciting to be working with this school and I’m excited to then be able to launch the program to anybody which is where I feel young people are and they can do it at their own pace. I think there are also a lot of women and mothers and fathers who really want to rewrite the script for their children. And now it’s quite common to have a first period or menarche party, having that acknowledged and I think it’s really important that people have that body literacy and that all things come from there – your intuition and your self-worth and your wellbeing really kind of live around understanding your body and how its connected to your heart and your soul and mind and that makes up who you are. For so long we’ve only taught the menstrual cycle as a problem to be managed and we’re just missing out of all the good stuff. So it’s exciting to be dialling that up and having people who want to be involved.

We are so grateful to Lucy Peach for bringing menstrual activism and creativity together to create something that anyone can be captured by – bring on the menstrual revolution!

Lucy Peach is a folk singer and sexual health educator from Fremantle, WA. Inspired by Bob Dylan, Stevie Nicks, her menstrual cycle and her convict ancestors, she has released two EPs: ‘Wax and Wane’ (2011) and ‘Silver Tongue’ (2016) and is mid way through recording her debut album ‘Blood Magic.' Lucy hosted podcast Period Queen released in 2020.