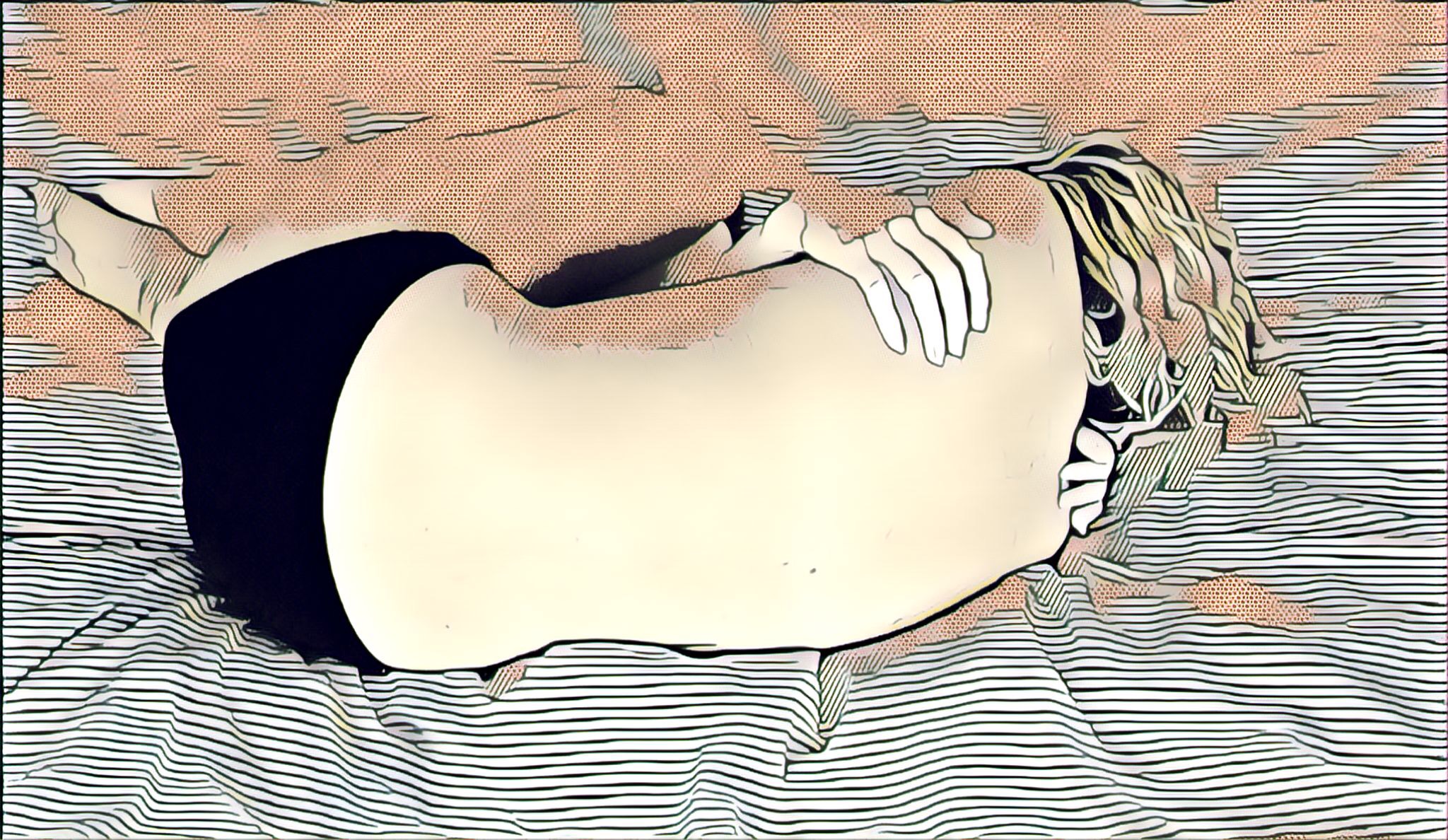 This week on The Leak we have student intern Georgia Shepherd sharing her experience of endometriosis including the barriers to diagnosis and treatment and why there needs to be more done to support the 1 in 10 Australian women with the condition.

Getting a diagnosis of endometriosis was a relief – it was suddenly an explanation for all those dresses stained with blood, the leaks through night-time and maternity pads, all the days off school or work to get intimate with Panadol and a heat pack, the stabbing pains, and bloating that made me look 26 weeks pregnant.

From the age of 17, when symptoms first started to present, I was told by several doctors that cramps were ‘normal’ and to ‘just take more naprogesic’. During my education at an all girls secondary school period pain was dismissed, with teachers drilling into us students that ‘periods aren’t an excuse to not participate’ in activities, whether it be swimming and athletics carnivals or physical education classes. My friends recall when I first told them of my diagnosis, how I would spend hours on end in class researching the symptoms of endometriosis, trying to discover the information that was never discussed at home or in school.

Endometriosis is a debilitating disease, in which tissue similar to the lining of the uterus is found in other parts of the body causing scarring, adhesions and possible infertility. The most common symptoms include: painful periods, pain during or after sex, heavy bleeding, and a resultantly reduced quality of life.

It is highly individualised – the amount of pain one experiences does not necessarily correlate to the severity or stage of the endometriosis.

Endometriosis’ biggest myth is that it’s ‘just a painful period’. Your period should not cause you to take days off of work, school or study.

The disease affects approximately 176 million menstruators worldwide and 700,000 Australians – that is 1 in 10 Australian’s with uteruses. As a progressive condition, it can affect all ages – including teens and adolescents.

The stigma surrounding periods, the notion that it is ‘secret women’s business’, and the routine dismissal and normalisation of period pain has contributed to the average 7 to 10 year diagnosis time and a lack of cure for endometriosis.

The menstrual taboo has also meant that education in Australia on pelvic pain and reproductive disorders, such as endometriosis, has not yet reached young menstruators through a national curriculum.

Endometriosis is treated like the middle child: ignored, dismissed, disbelieved and minimised.

The gold standard for diagnosis of endometriosis is key-hole surgery. The procedure, a laparoscopy, which is used to remove and take a biopsy of endometrial cells, is the final step of a marathon for those getting a diagnosis. Often the process involves several doctors, multiple tests and an invasive internal vaginal ultrasound.

The running joke during the lead up to my laparoscopy was “if endometriosis affected men we would’ve found a way to diagnose it without cutting women up”.

Endo can cost up to $21,000 a year for those affected by it and more than 7.7 billion to the Australian economy, in “healthcare (medications, appointments, surgery), absenteeism (from work) and lost social and economic participation”. Beyond the financial toll on those experiencing secondary dysmenorrhea, are also the adverse impacts to relationships and emotional and mental health.

Diagnosis and treatment of endometriosis is no cheap feat and medical attention is often a privilege restricted to those with wealth. Women seeking an answer and pain relief through surgery are often left with the choice of either waiting years in the public health system to see a surgeon (who may not even specialise in endometriosis) or forking out thousands to see a private specialist.

An absence of resources has led to women reaching out online to find support in each other through Facebook networks, instagram pages, books, podcasts and hashtags.

Given the large burden of endo – on both those with the painful disorder and the broader economy – there is an urgent need to understand the condition and promote awareness.

The Australian Federal Government in 2018 launched the National Action Plan for Endometriosis. The three pronged approach targets awareness and education, clinical management and care, and research. In 2020 a further $9.5 million was invested into five research projects to enhance understanding of endometriosis, and improve diagnosis and treatment.

Although this is a big win for the endo community, the fight does not stop here. Research into Type 1 diabetes was funded $50 million in 2019 for the 127,000 Australian’s living with it – while the contribution to endometriosis is a meager fifth of that.

Endometriosis warriors are ready to see some tangible outcomes and action. It’s time women’s and menstruators’ voices are included in the conversation about their own health.

If you’d like to know more about endometriosis check out these resources below:

Georgia is an undergraduate student at the University of Melbourne, studying a Bachelor of Arts. She is a fellow endo-warrior and is passionate about women’s health and representation in politics. Georgia is inspired by the power of policy and advocacy to promote greater outcomes for women, and is committed to achieving an equitable, inclusive and socially-just Australia for all.