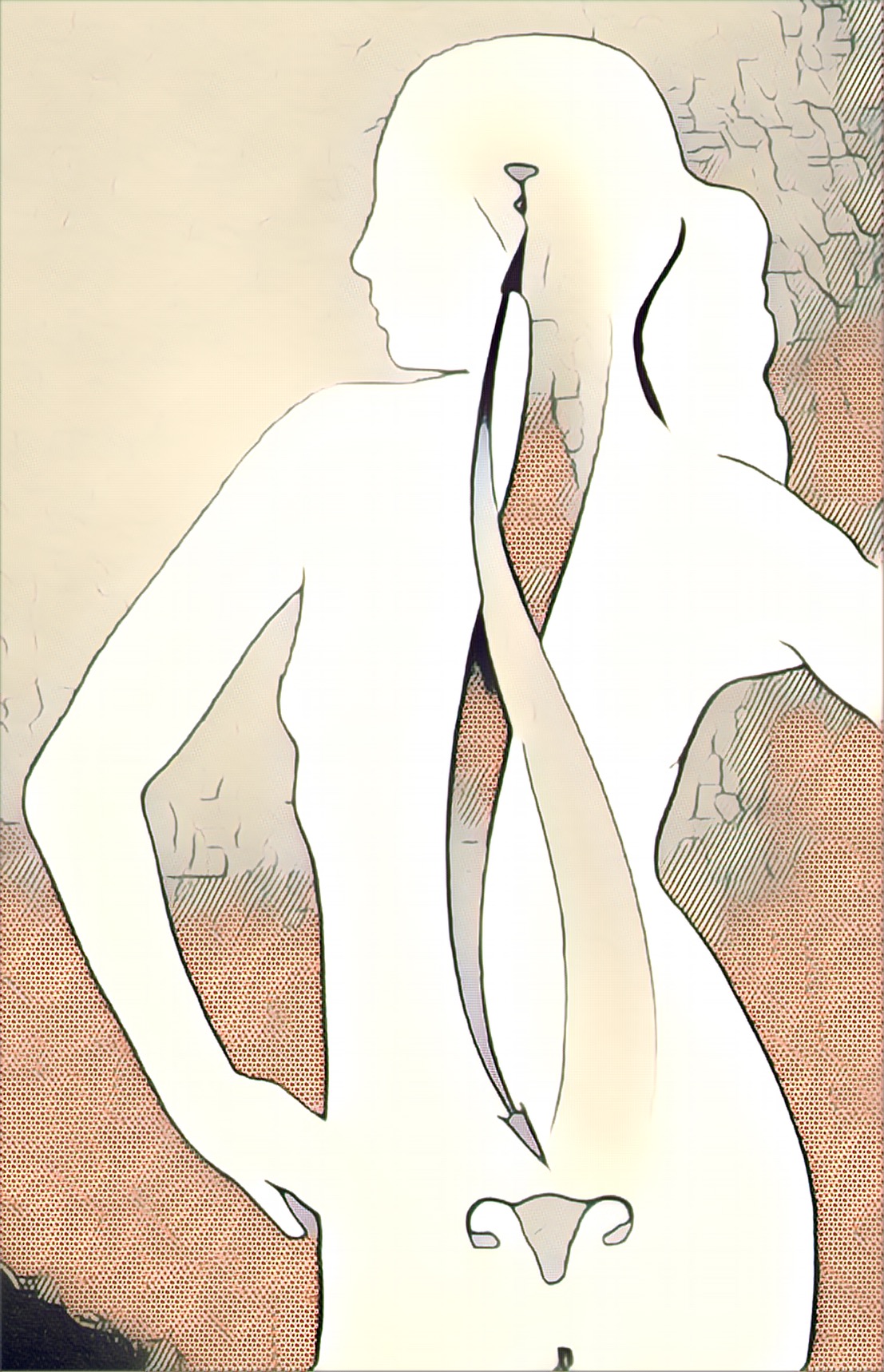 Cas: Hi Kirsty, thank you for agreeing to chat to us! I was wondering if you could explain briefly your journey with Spontaneous Early Menopause?

Kirsty: In a nutshell, when I was 31 years old, my husband and I decided to start to try and have a family after we got married. So I came off the contraceptive pill and we were able to get pregnant reasonably quickly. Unfortunately, there were complications with the pregnancy which were unrelated to Spontaneous Early Menopause and we weren’t able to keep the pregnancy. After my body recovered from that, my periods didn’t return. And, the doctors at first assumed it was because of the stress of losing a baby.

After they still didn’t return I started to have tests. I also had started to experience hot flushes and other signs that are associated with premature menopause. After a series of blood tests that particularly looked at my hormone levels, I found out that I was in perimenopause and we still don’t have all the answers as to why that happened (I went through a series of genetic tests, sometimes searching for things like chromosome X can give you some answers about why you might be in menopause). But at the end of the day they weren’t able to make any links or evidence to family history as to why that had happened.

So, aged 31 I was perimenopausal and then a few years later I was officially in the menopause stage. In 2019, I also had my fallopian tubes and ovaries removed to reduce ovarian cancer risk, which is in my family, so my body is on hormone replacement therapy (HRT) and so I didn’t have surgically induced menopause.

It’s a complicated story of perimenopause that involves fertility, losing fertility and then reducing cancer risk. All in one story.

Cas: Yes, wow, there’s a lot in there! I next wanted to ask about common misconceptions around Spontaneous Early Menopause that you’ve experienced?

Kirsty: I can tell you about what I commonly experience. First of all, when you say that you’re menopausal people often think it’s because you have had surgery so the first question I often get asked is, “oh, did you have cancer?” With hysterectomies and other surgeries with cancer becoming more prominent in our society, the people in my life obviously have had someone in their family or life go through menopause because of a surgery intervention.

People also usually comment, “Are you sure? You’re so young.” So there’s a misconception that premature menopause can’t happen, people find that hard to believe. So they always ask me if I’ve seen anyone about it and check whether I’ve had a medical diagnosis.

But, on the bright side there have been some characters in popular culture who have had premature menopause who are starting to break some of the stigma around it, for example, I was told that a few years ago there was a character on Neighbours who was in menopause and she was in her late 20s or early 30s. Quite a few people rang me or called me to tell me about that. There’s also been quite a few articles in newspapers, in magazines, there was a special on the Ladies We Need To Talk podcast. So there is more of a conversation in society going on about this than when I was 31, which was 10 years ago.

I would say that there are still a lot of misconceptions and a lot of people not thinking about it or not having heard of it before or thinking that it might not be true but its being discussed more than it has been in the past.

Cas: Do you find that it holds a stigma above that of menopause in our society?

Kirsty: My observation around menopause is that it is not spoken about. It’s often spoken about potentially by women behind closed doors or at lunches socially and that’s not something that I personally have had much experience of because often it happens later in life and it’s not a conversation I would have with my friends, that we’d all be sitting around relating to what we were experiencing together.

Interestingly, where I felt there was stigma was in the workplaces. That’s interesting because in the workplaces that I’ve worked in, which is predominantly education, menopause is not spoken about. So women don’t talk about that they are experiencing a hot flush, they don’t apologise for a sleepless night, it almost feels like menopause reasons for not performing your best at work are a bit of an excuse or a cop out, so women don’t speak about them. Because that has already been set in workplaces it made it particularly hard for me to speak in my workplace about my menopause. It just wasn’t a dialogue that happened in the workplace.

In the early years of my menopause I experienced what my doctor described as significant symptoms, where I was having hot flushes all through the day and night, lots of sleepless nights, lots of feeling uncomfortable in my body, lots of hormonal changes, emotional mood swings and brain fog. And I wasn’t able to speak about any of that in a comfortable way except for with my direct Manager to sort of explain what was going on with me but it wasn’t something I could talk about in the lunchroom, for example. So, I can’t talk about wider society but I know that in the workplace it was something that was never discussed and therefore I think there is a stigma around women just having to “suck it up” and get on with it and not necessarily talk about their sleepless nights etc. That being said, if someone’s got a new baby, everyone is very sympathetic and say things like, “oh it must be hard, you’re not sleeping”, there is an expectation that that person may not 100% perform at their best because of that. There is definitely not a conversation like this with menopause happening in the workplace.

Cas: So then, how can individuals or workplaces support those experiencing Spontaneous Early Menopause?

Kirsty: I think it’s about being able to create a space where the person experiencing it is able to talk about what they need and how they can best perform in their role, while working alongside their experience. A lot of the women I’ve heard from over the years who have also had Spontaneous Premature Menopause, say that not just the physical symptoms that come with it, it’s also the emotional and psychological experience as well. And that often needs as much “care” as whatever physical symptoms the person is experiencing. I think every woman’s experience of menopause is different and unique and them being able to talk about that and get the support that they need to be able to then perform well and enjoy their work is really the answer to that.

My Managers have done what they should be doing as Managers and they’ve been fantastic in being able to create a space to check in with me and find out what I need in a way that isn’t asking me how I’m going emotionally etcetera which can be embarrassing in the workplace but more – for example, when I was not on HRT (hormone replacement therapy), I was experiencing a lot of heat and I was able to request to shift to a desk that’s under an air conditioning vent so that I could quickly cool down when I got hot. It also allowed me to talk about if we were going to go and have a meeting with a partner or if we were travelling or whatever, that I had some needs about making sure that we weren’t in hot spaces, so that I didn’t feel hot when the hot flushes happened.

And also, because unfortunately I lost our pregnancy and then we found out that we couldn’t have children, when a colleague was pregnant and there was big fuss being made (the equivalent of an office baby shower happening) it was great that people knew my situation and we had an honest conversation about that I would let them know if there was something was too much or I’d tap out if I was feeling grief at the same time as feeling celebration and that they didn’t have to tiptoe around me, that I would let them know where my line was and I was okay to look after myself.

But the reason that I could have that conversation was because they knew that I was experiencing premature menopause. I could imagine that if you didn’t tell people that you were experiencing menopause or if you didn’t tell people that you were having trouble with your fertility that you wanted to have a family but couldn’t, things like the office celebratory baby shower can actually be quite challenging for women particularly early on in their journey. I have found personally that it’s gotten easier, but for some women it never gets easier.

So, just being able to have a space where people can tell you what they need, and they’re in a situation of being empowered makes a huge difference. Because when I was diagnosed with premature menopause I actually found it to be a very disempowering experience. Any way that you can re-empower women who are experiencing it, whether it’s about them being able to be informed to make their own choices about their healthcare or their choices around the way that they work or the way they want to be in society, the more you can do that, the better the outcomes you’re going to have for women who are going through that experience.

Cas: What would your message be to those who are going through Early Spontaneous Menopause?

Kirsty: I think the message that has resonated the most when I’ve talked to other women going through something similar is that they are not alone, that there are a lot of us out there who are also going through the same thing. Because menopause isn’t spoken about so much in our society, let alone premature menopause, it can often be a lonely experience to go through premature menopause, especially if you are not at an age where you have friends around you who were experiencing something similar and you can share the experience together, like with so much of the rest of life you can do.

And to those who might have just had their diagnosis, I just want to tell them that it’s going to be okay. Because when you first have your diagnosis, you’re often told about all the health risks that come with the diagnosis and it can be very overwhelming and some people have described it as a very “scary” experience. So I just want to let them know that it’s going to be okay and that there is a lot of support out there for them to be okay in their bodies and for them to be okay psychologically and that it gets easier.

Kirsty Costa is a teacher, innovator, change-maker and conservationist. She was diagnosed with spontaneous early menopause at age 31. She has turned her 'pain into purpose' through working with health professionals and organisations to support other women with early menopause.