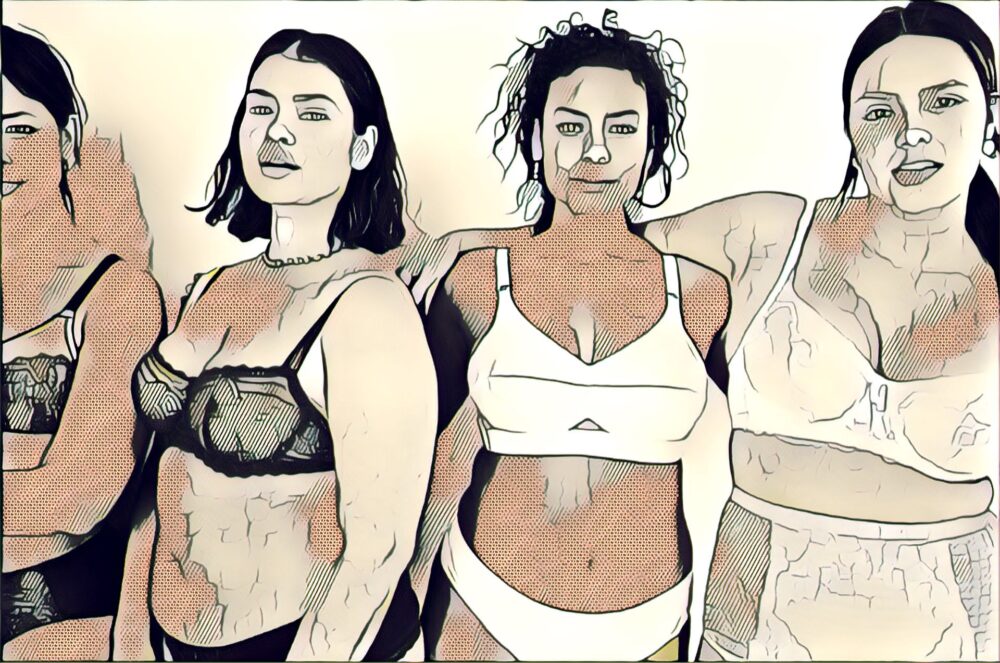 This week for The Leak, TABOO content creater Alicia Franceschini writes about how period product brand TABOO got started in South Australia with co-founders Isobel Marshall and Eloise Hall. Isobel Marshall has been awarded the Young Australian of the Year 2021 for her work with TABOO, congratulations Isobel!

When asked to recall a story about when they themselves experience period stigma TABOO Sanitary Products Co-founders Isobel Marshall and Eloise Hall don’t hesitate. Isobel shares, “The first time I used a tampon, I underestimated how far you have to insert it. I thought the discomfort was normal, so I didn’t think twice when my Dad announced he was taking me on a jet ski. With every bump over a wave I wanted to yelp in pain. In hindsight, I didn’t want my Dad to know I even had a period because it made me feel awkward,”.

Eloise’s memory is also related to a lack of education around tampon use and not feeling able to ask for help, “I remember once I had run out of pads and bleeding was a very new concept to me. I didn’t want to tell my parents I needed more pads because I thought it was a big hassle and I was embarrassed. Instead, I went into the family bathroom and plucked out a super tampon from my mum’s stash and just went for it. Safe to say I was waddling like a wounded duck all day.”

Isobel and Eloise first became aware of the social enterprise business model in 2016, their final year of high school. After attending a leadership conference at Bond University, the pair were left inspired by how businesses can enable everyday purchases to improve the lives of people around the world. Isobel and Eloise quickly decided that there was no better area to start their own social enterprise than the menstrual hygiene market, with half of all Australians needing sanitary products for a large portion of their lives. After many hours of research into menstruation practices around the world, they were shocked to learn that 30% of girls in Developing Countries will drop out of school once they start having periods, and that far too many reproductive complications stem from the lack of appropriate menstrual health care and education.

“When I heard that young girls like me were dropping out of school because of a lack of product, or being isolated or shamed because of their blood, I was appalled,” Isobel recalls, “Why should such a life-giving, powerful and natural process threaten a woman’s future so drastically? It made me angry and confused.” This is when the drive and passion behind TABOO Sanitary Products was born.

After winning the The City of Unley Fish Tank competition and a Start Up weekend in 2017, then going on to fundraise $56,000 via a successful crowdfunding campaign in 2018, TABOO launched it’s online store and first batch of organic cotton pads and tampons to the public in August 2019. 100% of net profits from the business are dedicated to their charity partner OneGirl, with the Melbourne based charity running programs in Sierra Leone and Uganda for women and girls to receive safe access to menstrual education and sanitary products, as well as scholarships for schooling and water sanitation.

TABOO is also keenly aware that period poverty isn’t just an issue in Developing Countries but on our own shores as well. For this reason, TABOO partners with a handful of organisations around Australia who work with people experiencing hardships in different capacities, often providing these organisations with sanitary products. This is done through the TABOO online store in which customers can donate pads to a woman in Australia who requires menstrual support.

Last month the TABOO team celebrated another milestone when Co-founder Isobel was named 2021 Young Australian of The Year. For a team of now 9 volunteers, the award has been a huge encouragement for everyone.

“It’s catapulted conversations about menstruation and period poverty to the national stage – right where it belongs,” Isobel says, “we’re hoping that this award will lead to greater exposure and greater customers which translates to a greater donation to OneGirl,”.

“We are expecting that as we grow our customer base and retail opportunities, more people will also experience the benefits of our organic cotton products, and simultaneously grow to have a greater understanding of their reproductive health,”.

TABOO’s pad and tampons are now not only stocked in their online shop but also in 22 National Pharmacies stores across South Australia, Victoria and NSW, 120 OTR convenience stores across SA and at IGA Malvern. With the YAOTY accolade, the TABOO team is expecting their products will be available in even more places very soon.

Underlying all of this, the pair hope that the stigma around periods will soon become a thing of the past, and that women will feel emboldened to ask and answer questions about their experience of menstruation, with no shame.

Alicia Franceschini is a writer and content producer for TABOO Sanitary Products. She also works in digital marketing at an agency based in Adelaide and is particularly interested in sexual and gynaecological health.