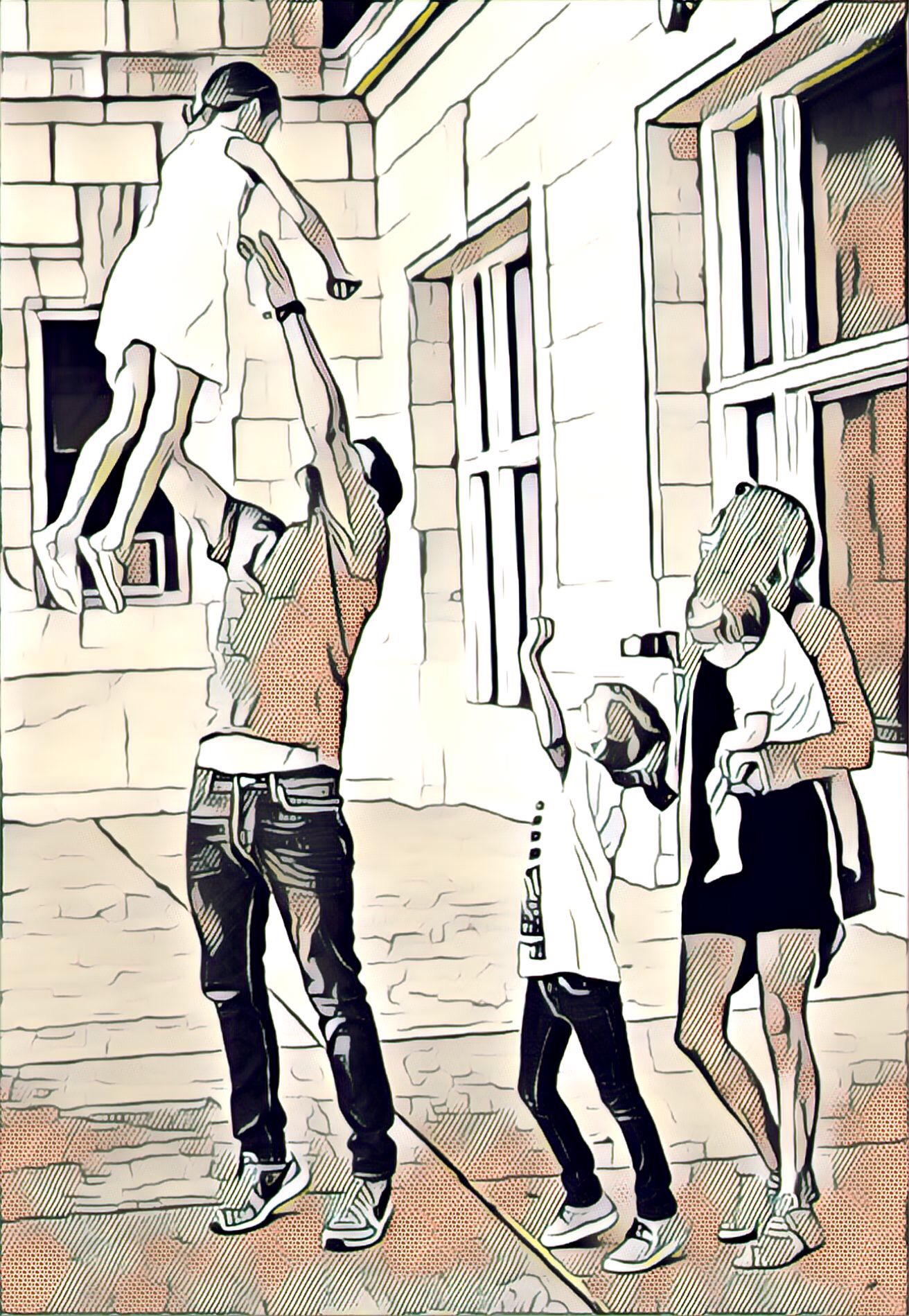 Putting the “men” into “menstruation

We had so much to talk about when we chatted so here is another chat between Cas and Geena on an initiative from The Cova Project which is all about including everyone in the conversation about menstruation so that we can all move forward in eliminating the menstrual taboo together.

Cas: I was really struck by your messaging in your latest campaign, “you can’t spell ‘menstruation’ without ‘men’” so just really wanted to hear what sparked the idea?

Geena: Men are important and even though we are a very feminist organisation that has a real focus on womxn* (in all it’s inclusivity). Men are still important and we know that when we go into certain communities in Africa we have to get permission from the Chiefs, who are often men, we always have to get the men on side, so we have our arguments in place like “how providing a menstrual cup which can last up to 10 years can remove a financial burden off you and your family”, so all of those things are in place and we do try our best to involve men in the process because it is a cultural taboo that needs to be tackled by the entire community and it can’t be something secret that we’re giving womxn and excluding men from the conversation, that won’t work.

In saying that, when you look at Western society, the same problem exists here. We’re still being secretive, we’re still whispering, we’re not having these conversations at the dinner table and that is why we are still where we are. So for me, I have seen with my team, and keep in mind my team are raging feminists, they have all approached their brothers, boyfriends, fathers, every male relationship in their life and had a conversation about this. And all the men have been relatively open. So we sat there going, “Ok so, is the problem the fact that men are afraid of the conversation because they’ve never been a part of it?”, “Is the problem that they are disgusted”? “What is the problem?”. So let’s try and normalise it, let’s get a bunch of gorgeous male models to talk about menstrual health and period poverty and let’s see if that can inspire a little more conversation for the average guy to think, ‘oh, this is something that I can say out loud without the world ending.’

One of the things that we’ve learnt is that from a young age, if you’re at a public school and you’re in your PE class, when it’s time for menstruation to be discussed the boys are generally marched out of the room. So that’s already society going, ‘This isn’t for you to be a part of.” So there is this starting point as a young man where you’re told, “this is bad”, “I shouldn’t be here”, “I’m not a part of this.” I feel now with this generation feeling so comfortable with their bodies and everything, people are starting to say, “ok, we’re talking about it, get over it.” And we really wanted to ride that wave and make sure that we were saying, “this is a really normal conversation. This happens to 50% of the population and at any given time, a quarter of all menstruators are menstruating. So if you’re in a room, fair chance that one of the girls there is on her period and that’s probably something that shouldn’t be ignored. It’s a very strange thing for society to pretend that that is not going on.” So we really wanted to open up the conversation. Every male model who worked on the campaign, I have to give them props, all said, “We are so proud to be a part of this.” I was the one worrying saying, “If you’re not comfortable saying this line we can change it.” And they were like, “No. Of course we’re comfortable, my girlfriend says I have to be here and this is important.” So I’m now a bit of a changed woman in that I sit there going, “I think there is a large percentage of young men who are quite open to the discussion” and as usual, unfortunately as usual the emotional labour lies on us, but we need to have that conversation with them and we need to normalise it so that when we have men in government, the policymakers actually can represent a rounded view of society (hopefully we’ll have a few more female policymakers in government at the same time) but anyone who is in a decision-making role should understand the full spectrum of human function and experience. So we wanted to have that happen.

Cas: I love that. It’s so nice to hear you say that. My experience growing up was as the only menstruator in my house. So from my perspective I have infinite belief in the ability of men be sensitive, supportive, informed, emotionally intelligent.

Geena: They just need to be led down the path, given the information and supported in their process of learning.

Cas: And what we learnt in About Bloody Time was that womxn experienced taking on the menstrual taboo and emotional baggage around periods when they were taught about it from their mothers, grandmothers and its carried on. Men can actually teach us about not having the menstrual taboo.

Geena: Exactly, there’s something that we can learn from people who have never experienced that emotional baggage being carried across generations. Let’s just put an end to that and have it be normal, something that your Dad knows about, something that your Mum knows about. It’s just this process for people that “it doesn’t matter what parent is around, the information is going to be delivered to you in a positive way”. That would be a massive game changer. My Dad has always been someone who has not been very involved in our periods, for my sister and I. Now, he’s the biggest supporter, he carries a menstrual cup everywhere he goes so he can educate his guy friends, so he’s advocate number one, so it’s just giving them that space to learn, there’s a lot of potential for men to do better here, they just need to be given the chance and the support. I really feel like the movement for men can happen right now and there’s been a lot of talk around gender at the moment so why don’t we just remove gender from it and just let everyone learn the same things, boys shouldn’t be removed from the room, let’s all sit down and learn it together and all get on the same page. Let’s stop having these barriers that come with gender, and let’s just chill out and learn together.


*We use ‘womxn’ in this piece to be  inclusive of trans and nonbinary people.

The Cova Project is throwing a virtual fundraiser and screening of their brand new documentary film, ‘The Cova Project: Cups, Covid and Collaboration’ on February 17th 2021, you can learn more and get your tickets here.

CEO and Founder, The Cova Project

She began her pursuit to combat period poverty in 2018, after discovering the unaffordability of basic sanitary products for many womxn. Geena has created a network of womxn (and some incredible men) around the world, who share a passion for menstrual hygiene and strive for equality. She believes in sustainable solutions that are community run and hopes that with a little bit of education and collaboration, period poverty can be an issue of the past.
The Cova Project is an Australian registered charity that provides safe sanitary care to girls in developing communities across Africa, by donating reusable menstrual cups and providing menstrual health education. The Cova Project exists to bridge the school attendance gap between girls and boys, due to menstruation, as well as to empower womxn of all ages. The Cova Project was established in 2018 and has since distributed 6,500 menstrual cups, to girls from low income communities. Currently operating in four different countries, with a focus on sustainable solutions, The Cova Project is in the business of providing access, education and dignity.