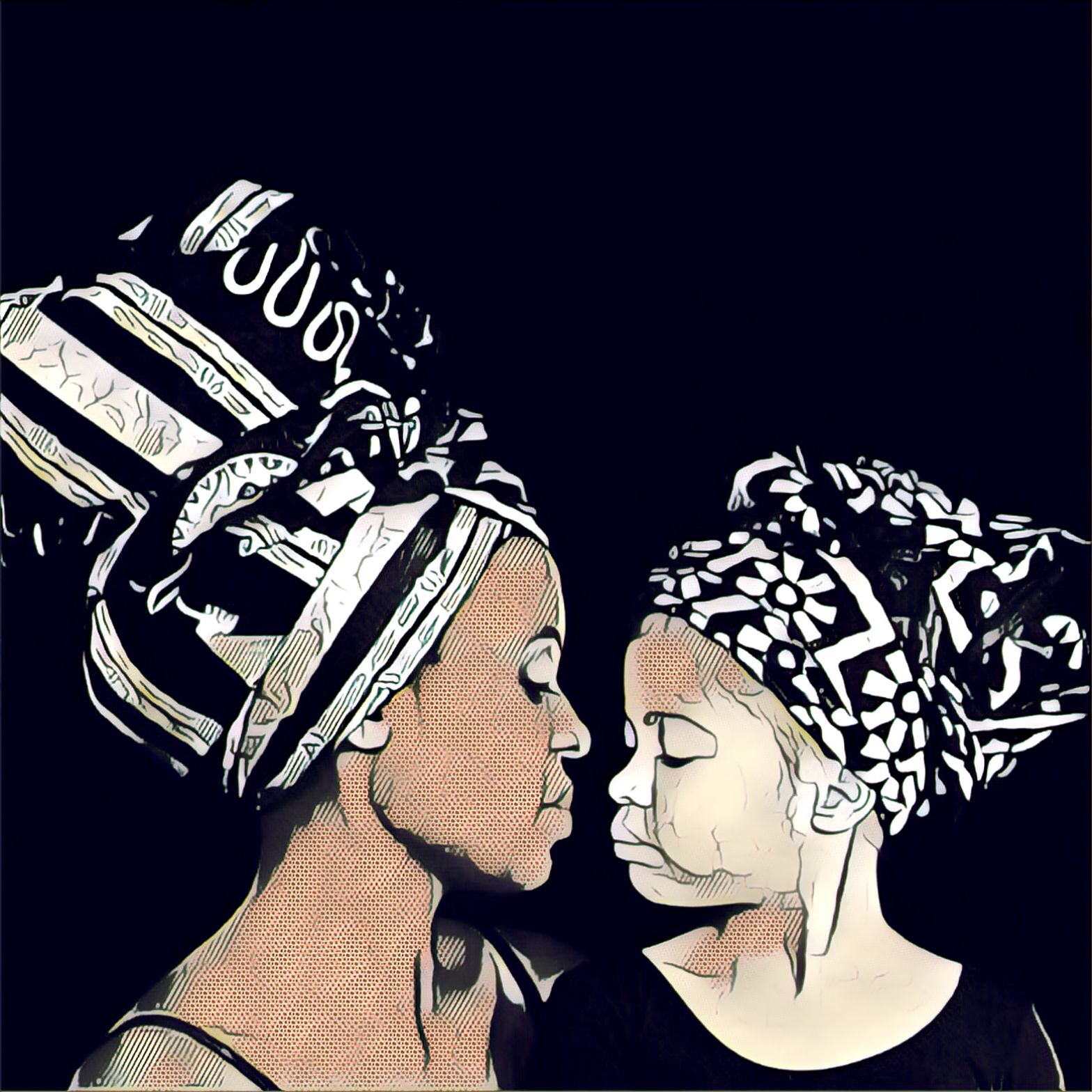 Our secret weapon in tackling period poverty are womxn and girls

This week on The Leak Casimira Melican sat down with the Director of The Cova Project Geena Dunne to talk about period poverty experienced by African womxn and girls and how centering them ensures that programs to supply menstrual cups are supportive and relevant.

Cas: So tell me about what motivated you to start The Cova Project Geena, as an organisation that aims to address period poverty in [mainly] African countries by giving menstruators access to menstrual cups?

Geena: When I talk to people about period poverty and they still don’t know that it’s an issue, I’m like, “how? It’s 2021.” It really struck me when I moved to Namibia how I had not considered it and then experienced it first hand, if I had not had savings from my life in Australia, I wouldn’t have been able to afford my sanitary products on the salary that I was on. So it was like, “Right. This is very much an issue, so what is the actual solution?” And I was listening to the experience of people who were dating doctors and wealthy men who were supplying them with their sanitary products and I thought, “Right, there needs to be a better solution. And if that solution has to come from Australian womxn*, better it come from womxn supporting each other then men who are buying products in a transactional sense.”

So that was the main motivator to start the Cova Project and we really intended for it to be in Namibia, but that didn’t work out but it was kind of a blessing because it opened my eyes up to the fact that we didn’t only have to work in communities that I knew personally, we could reach out to people and say “is this of help to anyone?” and listen to the call that came back from all across the globe. It’s a problem that I wish we had millions and millions of dollars to solve because I get contacted every two weeks by a new potential local partner. Period poverty exists on every continent on the planet (except maybe Antarctica).

We don’t view the way our program runs as anything more the situation where you’re in school and the girl next to you asking “do you have a tampon?”. The answer is always “yes!” and you hand over a sanitary product proudly. Every girl in the world knows that situation. So it’s just on a larger scale and in different countries.

Cas: Totally, and that’s the universal menstruator experience. We can all related to that and it’s really beautiful that you’ve created this that is really off the back of womxn’s solidarity in the face of discrimination and in the face of such a lack of interest from policymakers and governments to provide that money and those programs.

Geena: And our goal is to be made redundant when government steps in, that is our goal left, right and centre, but while we’re waiting for the government to step in, which could take 10-15 years, our view is that with the very limited funds and very limited resources going into period poverty, we’re going to put those funds directly into having an impact on menstruators lives in a system which has, historically, not served womxn very well.

Cas: I think it’s so strategic that when you are dealing with a topic like this which is still so taboo and it is still so hidden to focus on early adopters and people who are really interested instead of taking so much time trying to convince people who do not want to hear.

Geena: Yeah, if you just put it out there and are unapologetically vocal about it then people tend to come out of the woodwork to say, “this will work for me. This is helpful to me. I’m prepared to approach my boss. I’m prepared to approach my community.” So it’s important to just put it out there and see who responds. And we’re here because it’s an essential need and we’re in it for the long slog. Though, I’m ready for the day when it’s easy peasy.

Cas: I saw on your website that you were surveying girls in schools, and I was really interested to hear you talk about what you’ve found through those surveys?

Geena: First of all, surveying is very challenging when you’re working with girls in developing communities because it’s just hard to get everyone back together but we have this major goal of wanting to survey girls regularly for the first four months that they have the menstrual cup and understand what the usage is but the reality is that we probably get a survey back from every girl once in the four months. And what that really allowed us to track was whether menstruators were missing work or school or social activities when they were menstruating without access to the cup and whether they now miss those activities with access to the cup.

And what we’ve seen is a HUGE decrease in absenteeism with the cup. We know that when we hand out the cup the uptake is roughly 70% with 30% who either don’t like the cup, are afraid of it, or they fall pregnant or they start some kind of contraception that stops them from having periods. But amongst that 70% we’ve seen roughly 80% of girls who were missing school be back in school (and that’s probably us lowballing ourselves).

We have a secret weapon which is our local partners, specifically our project leaders who are these bad-ass, inspirational womxn, so our uptake is quite solid compared to others in the menstrual health space purely because we do bring in these characters who the girls completely idolise. The way that they get up and the passion that they show for the cup having used it themselves for many months really shines through and the girls sit there going, “Well if Abena is using the cup or Eluby is using the cup, then I’m really interested in using it because she’s so wonderful, why would I not want to be involved in something that she’s involved in?” So that’s kind of our secret weapon.

Abena (drawing on white board) training in Ghana

We have a new project leader in Liberia, Rebecca, who, just a few years ago, graduated from the same school as the cup recipients so when she’s talking to the schoolgirls they go, “Oh I know her, she’s that great girl from 3 years ago” which we can all relate to when you’ve got the Head Girl at your school and you’re like, “Oh, she’s the Beyoncé of that year.” So that is what we look for in our project leaders and that is the secret to our success.

One of our biggest things is “collaboration, collaboration, collaboration.” And we try to have a very personal relationship with all of our project partners because we want them to be able to come back and say, “Listen Geena, this is terrible, we’re getting terrible stats, this is not working.” And not be afraid that we’re just going to cut funding and walk away because we’re not getting the results that we want. We are completely about getting honest feedback, understanding where our weaknesses are and our strengths are and mending them to fit. And the only way that we can actually learn what those things are is from the feedback from our local partners. So we have to have that strong relationship where we recognise to some degree that we are just the funding arm and the actual thought processes and decision making has to come from our local partners and become a conversation with us, not us telling them what to do from Australia, that doesn’t make any sense.

Cas: Yeah, you’re trusting that womxn and girls are experts in their own lived experience! Game changer…

Geena: Exactly, it’s just the right thing to do when I’ve got Eluby in Malawi sitting there chatting to all her friends about it and coming up with really great conclusions, why would I assume that my thoughts on it are more valid than hers? And this is a bit of a rogue thing for me to say, but what I’ve experienced in my life as the ‘male ego’ can often be what girls in, for example, Malawi have experienced as the ‘white ego’ and we don’t need any of that, that can all go.

You have to just recognise your privilege, you have to recognise all the different challenges, variables, everything that’s going on in the situation that you’re in, and you need to make decisions that truly benefit the girls, menstruators, that’s how you have to think. You can’t think in terms of a business or an organisation, it’s really about “how are we best serving the individual?” and so that’s what we try really hard to do, we really do want to be a modern charity that does things better and obviously we are going to make mistakes down the line but we’re going to make those mistakes in collaboration with our partners. It’s never going to be a situation where we’ve ignored their advice and gone a bit rogue, that’s not who we are.

The Cova Project is throwing a virtual fundraiser and screening of their brand new documentary film, ‘The Cova Project: Cups, Covid and Collaboration’ on February 17th 2021, you can learn more and get your tickets here.

*We use ‘womxn’ in this piece to be  inclusive of trans and nonbinary people.

CEO and Founder, The Cova Project

She began her pursuit to combat period poverty in 2018, after discovering the unaffordability of basic sanitary products for many womxn. Geena has created a network of womxn (and some incredible men) around the world, who share a passion for menstrual hygiene and strive for equality. She believes in sustainable solutions that are community run and hopes that with a little bit of education and collaboration, period poverty can be an issue of the past.
The Cova Project is an Australian registered charity that provides safe sanitary care to girls in developing communities across Africa, by donating reusable menstrual cups and providing menstrual health education. The Cova Project exists to bridge the school attendance gap between girls and boys, due to menstruation, as well as to empower womxn of all ages. The Cova Project was established in 2018 and has since distributed 6,500 menstrual cups, to girls from low income communities. Currently operating in four different countries, with a focus on sustainable solutions, The Cova Project is in the business of providing access, education and dignity.