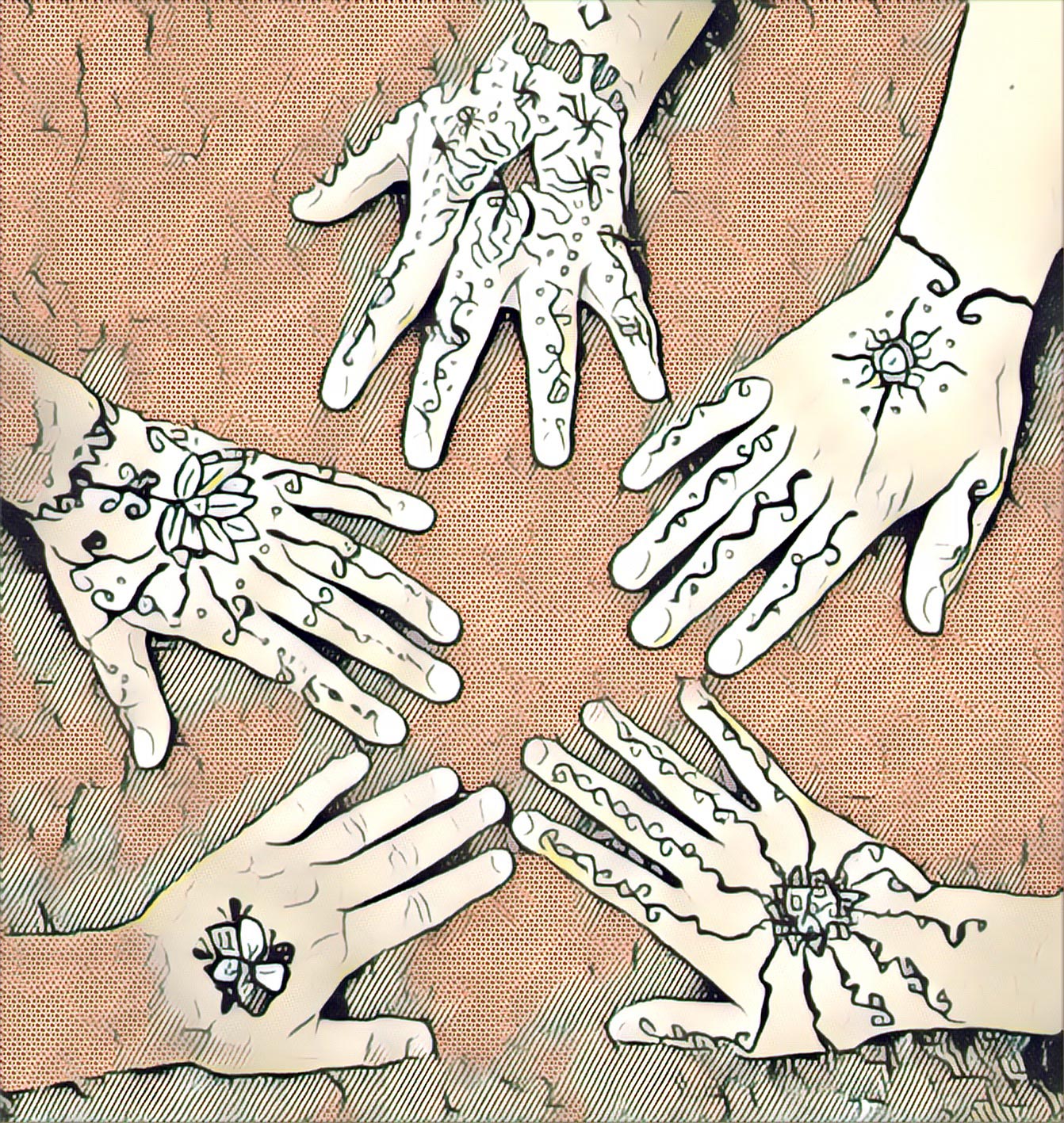 Mark Balla has worked for Lonely Planet Publications and for the commercial shipbuilding industry. He and his wife Annie started a CD and DVD manufacturing business in the early 2000s, which led to getting involved in a joint venture in India, becoming an enthusiastic member of Rotary and founding a small not-for-profit, Operation Toilets-We Can’t Wait. This blog is adapted from Mark’s book Toilet Warrior with kind permission from Mark.

Visiting our CD/DVD manufacturing facility in Kolkata several times a year meant I tacked on trips to ashrams, the Taj, Bhutan and eventually a visit to Dharavi, the famous one kilometre square home to around one million people in Mumbai. My hosts were Fahim and Tauseef and we spent two hours walking the incredible back alleys, visiting businesses and homes in this vibrant slum community.

“Right at the end of my tour we visited a school, and in the blink of an eye my life was changed. We spent barely five minutes in the school and then headed back to Mahim station to say goodbye. I had seen lots of primary aged boys and girls, and lots of teenage boys, but I had not seen any teenage girls. They told me matter-of-factly that this was because there were no toilets at the school.

On the train back I thought about my experience in Dharavi. What an extraordinary place … then I came back to the last part of our conversation. No toilets in the school. What the hell did that even mean? What did that have to do with no teenage girls being in the school?

… I was so intensely consumed with it I turned to your friend and mine, Mr Google … I discovered that girls were dropping out of school en masse across India and the rest of the developing world in great part simply because … when they had their periods there was just no way to deal with their private needs if there were no toilets at their school.

… For tens of millions of girls in the developing world, for the teenage girls who were not in school in Dharavi, the onset of puberty can represent a brick wall, a line in the sand marking the end of a girl’s school-based education.  [I read] all night, shedding tears of rage and disbelief.”

Unveiling a new toilet block at a school in Maharasthra.

Some months later, now talking toilets as usual, I was at a network business meeting and a colleague finally said to me, ‘You’ve said all this before, so what do you want to do about it?’ And so Operation Toilets-We Can’t Wait was born, a small charity with the bold aim of achieving sustainable sanitation for all.

Now, having visited hundreds of schools, read about, taken phone calls and received emails about many many more, there are a few that have had a massive impact on our direction at Operation Toilets-We Can’t Wait and The Rotary Club of Box Hill Central over the past few years.

Here are a couple of stories:

When visiting at the New English School, after toilets had been installed for boys and girls, a complaint was raised by the boys that the queues for the drinking fountains were so much longer now. I was puzzled but it was explained to me that now the girls had toilets they were drinking water at school! My mind was reeling when I understood the implications, then I said ‘What a wonderful problem to have!’, and suggested they buy another drinking dispenser and tell the boys to stop complaining.

At Zila Parishad School, Musalgaon one of the teachers, Vaishali Sayalekar, proudly showed us the new facilities and how hygiene messages, hand washing especially, were enthusiastically sung and practiced by students. Then she took us to meet two older women who had been engaged by the school to come to the school on a regular basis to spend time with the adolescent and pre-adolescent girls, helping them understand, prepare for and manage their menstruation with dignity and without fear or shame.

In a remote single-teacher school without a toilet I discovered that the female teacher also did not drink water all day for the same reason, and that during her period had to stay home from work. On those days her students were not at school and their education was curtailed. On top of that their mothers had to stay home from work to look after them and their families missed out on income for those days. ‘Not only was her dignity being shattered on those days by this unacceptable situation, but the entire community was paying the price.’ [Mark and his companion who accompanied him, there and then arranged and paid for a toilet and hand basin to be built.]

Students at Sulabh School had started a Sanitation Club. One of their activities was making pads for the girl students and female staff. After showing me how the pads were made they explained ‘that absorbency testing was a very important part of the job done by boys and girls working in the sanitation club … I was so impressed by these two confident young girls showing no shame or embarrassment, no discomfort as they explained all this to me. A most unforgettable privilege.’

Inspired by her brother’s work, the celebrated author and illustrator Trace Balla took a trip to India with him to make a book about menstrual cycles, poverty cycles and how the link between them can be cut. Thank you Trace for sharing this delightful teaser [see image].

Mark Balla works to bring life-changing sanitation to schools in India and elsewhere. You can purchase a copy of Mark’s book Toilet Warrior here. You can find information about ongoing projects funded by We Can’t Wait in India and Ethopia as well as make a tax deductible donation to We Can’t Wait at the Operation Toilets website here.

In the early 2000s Mark and his wife Annie (pictured) started their own business in the CD and DVD manufacturing industry. The business grew strongly and it was eventually sold to an Australian based supplier. The buyer established a joint venture manufacturing business in India and asked Mark to join the board. This is where his Indian adventure began.

Mark lives in Melbourne and is married to Annie. They have two adult children and a cat. Mark has a complicated relationship with the cat and his golf handicap. He is an enthusiastic member of the Rotary Club of Box Hill Central where he will be club president in 2020/21. He and Annie are avid travellers, both believing that the world is far too interesting a place not to have a good look at it.