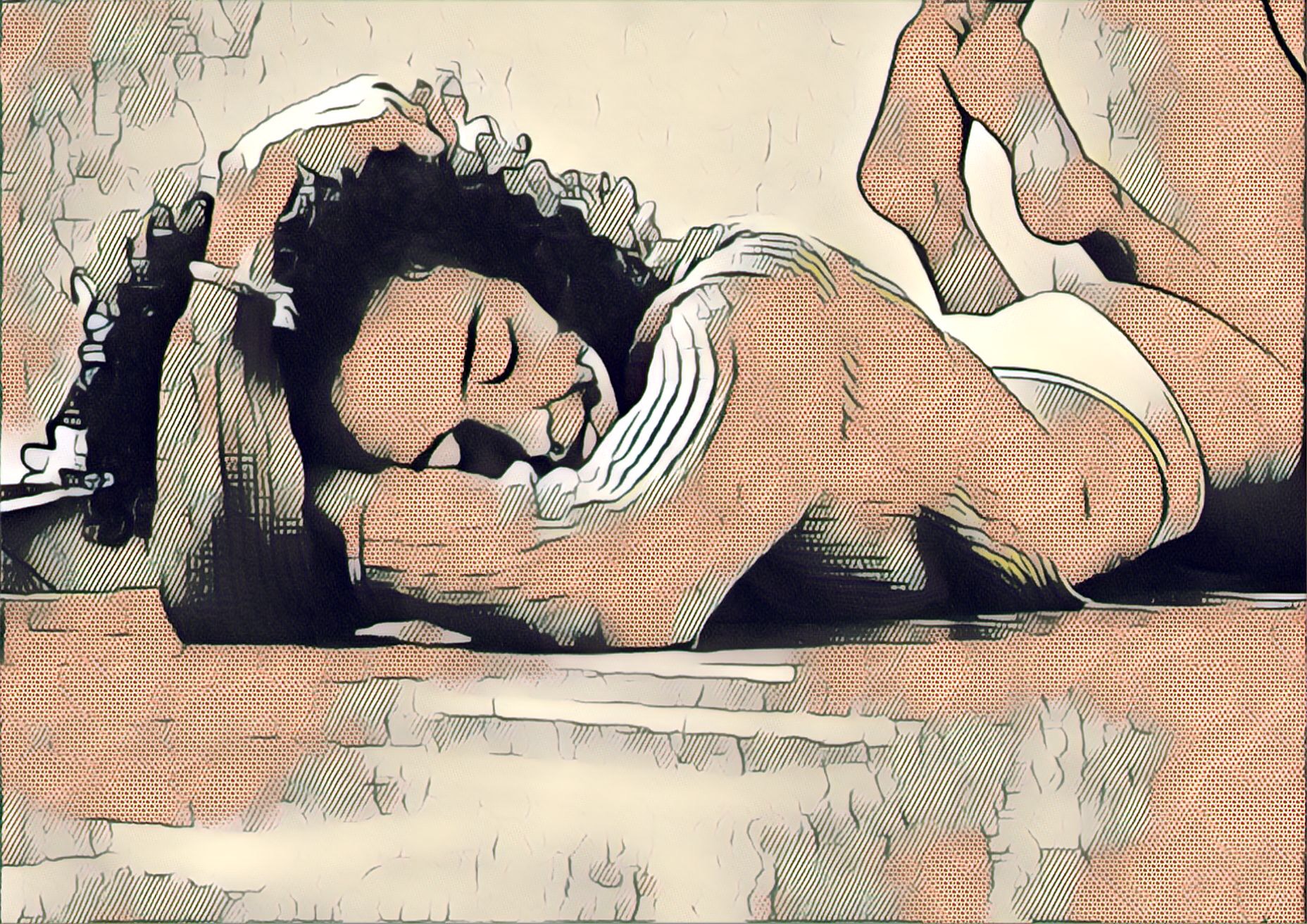 Period product brand Moxie surveyed over 500 people over the age of 15 years about period sex and found that around 50% of Australians who menstruate have sex on their period. 23% of people thought that you shouldn’t have sex when you’re on your period and 44% stop having sex when they are on their period. The survey found that these negative attitudes were informed by myths that period sex is unhygienic or dangerous and by the menstrual taboo.

Co-author of About Bloody Time and editor of Doing It: Women Tell the Truth about Great Sex Karen Pickering was interviewed about period sex on The Hook Up radio show and we’ve captured the conversation below.

A: So, if there’s a stigma around menstruation, you couple that with sex, which also has some taboo energy, you get a kind of perfect storm of people not having the information that they need, not knowing exactly what to do about it, and then running into resistance, I suppose. In research for the book, we found that there is still a lot of shame and a lot of judgement around periods in general, so I think period sex is just suffering under the menstrual taboo.

Q: How gendered is it really, or is it just about being squeamish with blood in general?

A: Well, I guess if you look at how comfortable we are with other kinds of blood outside of sex, people can go and give blood and people can watch a movie that is literally buckets of blood from beginning to end, you’d have to say that there was a particular resistance and difficulty with menstrual blood. But with sex, its really interesting because sex is messy and it is really intimate, there are a bunch of other fluids happening so, if you think about how menstrual blood then gets treated as so different to the other kinds of bodily functions around period sex, then you have to wonder what the problem is.

Q: One listener wrote it to say that they would only have period sex in the shower, in any other context it would be “unfair to him”. What do you think about that?

A: First of all, period sex in the shower is very clever! Its a lot easier to clean up and some of the people we talked to for the book said that they actually loved having sex on their period and their male partners did too. So I think there are a lot of people doing it, as borne out by other data as well.

We also found that a lot of women said that they had internalised the idea that it was a gross thing but that when it came up with their male partners, their partners were pretty open to it and maybe even cooler about it than they had been themselves. So, as with anything to do with sex, the key is dialogue and communication and being able have some conversations that are a bit scary and a bit uncomfortable but if you do have them, then you’re going to have better sex.

Q: What can you do if your partner thinks that period sex is gross, if your partner isn’t cool with it or on side with it, how might you speak to them about the taboo and bring them around to the idea?

A: It seems to me that that reaction is possibly a red flag, that if somebody reacts to your body and something perfectly normal and natural that your body does with disgust and an overly judgemental reaction then that should kind of tell you what they think of you. It’s an indication of their maturity, it’s an indication of their respect for you, it’s an indication of how many other women they’ve had in their lives and how much they know about the female reproductive system. But also it’s a chance for people to just be respectful and trusting and build trust between themselves. There’s a difference between someone saying “I’m not really into that” and “I find that repulsive.”

If you think about the other aspects of sexual culture that we’ve become comfortable with, through porn and liberalisation of attitudes around sex, its really telling that period sex is really the “last frontier” when, if you’re a person with a uterus, that’s one week a month, that’s a quarter of your life. Even as a numbers game to abstain from sex one week out of every month, if you do that under sufferance because you think “Oh, I can’t have sex during this time,” then you are missing out. Of course there are going to be women and people who menstruate who don’t want to have sex on their period and that needs to be respected too. It just seems like such a golden opportunity for two people, or five people, or whoever is engaging in the sexual relationship to check in with each other, have a healthy conversation around consent and comfort and respect. It seems to me like a really good chance to build intimacy and trust as well.

If you’d like to read more about how to self care on your period, including on how period sex can actually help ease menstrual cramps Jane Bennett has written a blog on ways to self-care during your period.

Co-author, About Bloody Time: The Menstrual Revolution We Had to Have

Karen Pickering is a feminist writer, organiser and advocate for women’s rights.

She is @KarenPickering on Instagram and at www.mskarenpickering.com.au for enquiries.