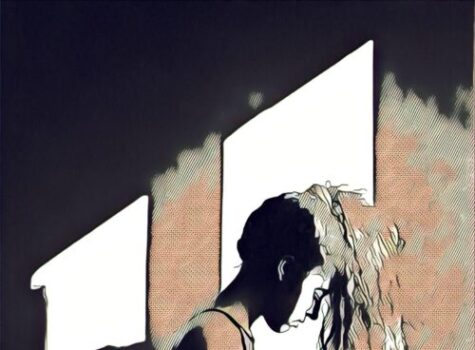 Period poverty: What’s it got to do with us?

The words “period poverty” might make you think of countries in the Global South where women and girls struggle to access sanitary items or even running water to wash their reusable menstrual cloths or clean themselves during their period. According to a 2015 UNICEF report, around the world 500 million women and girls don’t have access to the facilities and products they need to manage their periods every month.

However, in the last few years some of the richest countries in the world have responded to a real need among menstruators in their communities by making period products* available in public places to alleviate period poverty. But period poverty doesn’t just mean lack of access to period products, it includes privacy to use toilets, disposal facilities, untreated enduring pain, being bullied or restricted from activities and locations.

By illustration, research by the University of Queensland and WaterAid found in 2017 that basic menstrual products could be ‘unaffordable, unavailable or too shameful’ to access by Aboriginal girls and women in remote Indigneous communities on mainland Australia. Last year supermarket chain Woolworths and Share The Dignity announced that they would work together on a sanitary product drive as well as funding and installing 30 free vending machines which offer free period packs to people in domestic violence refuges, homelessness hubs and schools. 2019 also saw Victoria become the first state or territory in Australia to announce free period products in government primary, secondary and specialist schools and this week the Victorian government announced that they are now available (albeit accessed only by those learning at school during this time) with South Australia following this year.

Period poverty initiatives are popping up in more and more first world countries. In 2019 the UK formed a Period Poverty Taskforce, which is working with the Minister for Women and Equalities on understanding and addressing the barriers faced by those who have periods and “will ensure that people in schools, colleges, hospitals and police custody can access period products with dignity.” In February this year, Scotland passed a bill in parliament ensuring period products would be available in public schools colleges and universities, New Zealand followed in June citing that 95,000 New Zealand nine to eighteen year-olds stay at home because they cannot afford products and a national opt-in scheme for schools will be available from 2021. Julie Anne Genter, the NZ Minister for Women, said, “Menstruation is a fact of life for half the population and access to these products is a necessity, not a luxury.”

Axing or lowering the taxes that sanitary items have attracted (colloquially called the tampon tax) has been another way that countries have responded to period poverty. This bizarre luxury tax has recently been removed in the UK, a dozen states in the US and whole countries including Kenya, Canada, Australia, India, Columbia, Malaysia, Nicaragua, Jamaica, Nigeria, Uganda, Lebanon and Trinidad and Tobago.

Ensuring that all menstruators can access period products and that these items aren’t taxed unfairly is a solid and important start. And while there has been lots of announcements about menstrual education, language such as “sanitary products” and “menstrual hygiene” (implying that menstruation and menstruators are “unsanitary” and “unhygienic”), and providing “discreet” access to these products (confirming the need for anxious secrecy), is still being used, which just illustrates that the ubiquitous language of menstrual shame is much more difficult to shift and requires nuanced and profound cultural change.

Research by QUT and Share The Dignity released last month revealed the need to actively destigmatise periods. Staff from 12 Queensland schools identified a stigma in schools and sometimes a negative attitude towards periods amongst students as well as male and female staff. This reflects our research in About Bloody Time; that the menstrual taboo is pervasive and that we are all harmed by it.

That said we can heartily celebrate the growing awareness and increasing initiatives designed to tackle period poverty, as well as growing awareness of the culture/s of menstrual shame. By way of conclusion to a story far from concluded I leave you with these questions to contemplate:

How can we make period product provision as uninteresting, neutral and commonplace as toilet paper? And,

How do we unpack the harms of secrecy and isolation while also respecting individual privacy?

*The term “period products” in line with Countdown NZ’s world-first renaming of period and incontinence products in their supermarkets which you can read about here.

Casimira Melican is the Research & Advocacy Officer and Project Manager of About Bloody Time at the Victorian Women’s Trust and has been co-editing The Leak with Jane Bennett since April 2020. Casimira has a Masters in International Relations from the University of Melbourne with a focus on policy, human rights and international governance. In 2016, Casimira co-wrote the VWT’s menstrual and menopause workplace wellbeing policy (also know as the menstrual leave policy) and has been leading advocacy on the policy since then. Casimira is passionate about the ability for policy and research to have real world impact and empower women, trans and gender diverse individuals within our society.